On Creatives and Hunger 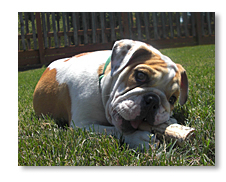 There’s no one hungrier than the starving artist. But what happens after major success?

The Establishment is now a factor.

Let’s say that the artist wants to continue to push the envelope and avoid producing anodyne work. There are major forces at play mitigating against big-time artists going against the grain and doing something totally different. Examples include movie studios, record companies, and publishing houses.

Rare is the artist who plays against type once he establishes a niche–and tells the powers that be to go fly a kite. With many newly successful artists, the hunger often abates. It’s easier to just give in, take the cash, and think about being more independent in the future.

Rare is the artist who plays against type once s/he establishes a niche.

Metallica was crucified for “selling out” after subsequent releases to The Black Album. Die hard fans despised most of their work until the band’s latest album. Same with U2 and Pop.

Each band never lost the hunger to do different things.

I have nothing but respect for artists of all types who play against type–even if the results don’t thrill me as much as their previous work. Kevin Spacey and Jennifer Jason Leigh are two of my favorite actors because you never know what roles they’ll take on next. They’ll often pass on more commercially viable roles because they don’t want to be typecast. Even in poorly made movies, they are eminently watchable.

Endeavor to do the same.