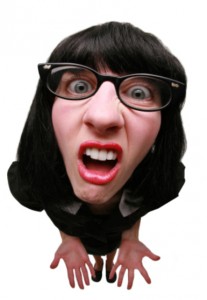 It’s hard to not hear about major events in today’s 24/7 news cycle, whether you want to or not. I can’t say that I’m a Paris Hilton fan but it’s really hard for me not to hear about her current adventures. By the same token, I doubt that even those indifferent to sports did not hear about Mark McGwire’s recent (if belated) admission that he took steroids during his halcyon home run hitting years.

The point of this post is not to excoriate McGwire for doing wrong. He was hardly the only guy to shoot up in baseball, much less all sports. Rather, I’d like to take a deeper look at his apology as it relates to project management and the corporate world.

McGwire’s apology was no doubt sincere but was equipped with an infuriating disclaimer. He did it “for health purposes.”

Why don’t people just fess up when they are caught?  I like to think that we live in a forgiving society. While coming clean is laudable, it’s hard for me to get over McGwire’s disclaimer. The whole thing me of a recent incident in which someone dropped the ball on an IT project and offered a similar excuse-laden apology.

To make a long story short, on the penultimate day of a consulting engagement, the project manager (PM) literally dropped ten custom report requests on my desk that I had requested several times over a three month span. Oh, did I mention that I was in the middle of another crisis at the time with production data?

The PM apologized but quickly added that “he knew that these reports were ad hoc, not ‘enterprise’ reports.”

Don’t worry. I didn’t understand the distinction either.

Now, I have been writing reports out of enterprise systems for nearly fifteen years. There are all sorts of reports from all sorts of tools but dropping the ball is dropping the ball. Period. That’s it. Don’t try to bullshit me on this. (Incidentally, most of these were actually relatively easy reports to create but there was no way for the PM to have known this. In any event, to sit on important tasks for more than two months and then expect someone to save the day at the last minute represents a horrible work ethic for anyone, much less a PM who’s supposed to show leadership to the rest of the organization.)

When you screw up in baseball or the corporate world, just call a spade a spade. Equivocating merely increases the amount of damage that you’ve done to your credibility and reputation. I understand the need to save face. Really, I do. However, providing excuses only rubs salt in the wound and minimizes any benefit of the doubt that others will grant you.

What do you think? Do excuses irritate you as much?