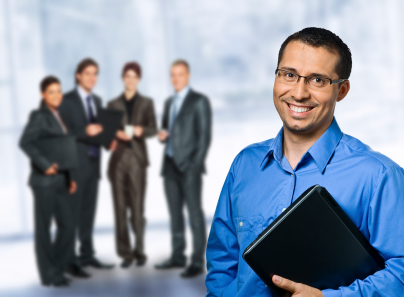 Running IT projects isn’t easy. For a slew of reasons, most fail. In my consulting career, I’ve come across six types of project managers who do it the wrong way.

Certain PMs fear conflict and agree to every demand that internal clients or senior management make. These PMs might have a sales background. As a result, they are used to saying “yes.”

Now, these PMs typically mean well and certainly do not intentionally try to sabotage projects. Often, yes-men simply want their clients to be satisfied and provide future references. But by failing to confront those with wildly different expectations, yes-men implicitly make promises and commitments that endanger entire projects.

Much like yes-men, micromanagers often mean well and merely want to understand each step in a process or the nature of a complex issue. However, on a project, the PM is not supposed to be the product, application or technical expert. During crunch time, consultants often cannot explain each facet of a complex issue to anyone, much less a newbie, regardless of the latter’s benevolent intentions.

Micromanagers need to let experienced consultants do their jobs.

Micromanagers need to let experienced consultants do their jobs. Depending on the timing, a PM might have to live with a high-level explanation of an issue. Should the micromanager need more detail, she should bring consultants to steering committee meetings or have them write status reports providing more specifics.

PMs need to let everyone else breathe; that is, get the actual work done. Employees and consultants can’t be effective if they spend most of their time briefing PMs on the status of each issue. This is especially true as projects reach critical points.

PMs who routinely fail to deliver are the worst of the bunch. At a minimum, they cause organizations to miss project deadlines. Procrastinators put both employees and consultants in untenable positions. Speaking from a consultant’s perspective, it’s a no-win situation. The procrastinator often ducks clients and does not deliver promised results such as updated project plans, documentation or status updates. In such cases, people are likely to lose faith in the consulting firm and its individual consultants, whether the latter are contributing to the delays or not. The best PMs know when to use each tool in their kits.

Nobody can know everything about an enterprise application. Some PMs have graduated from the ranks of application or technical consultants. As such, they might have the ability to answer questions about certain system-related issues. Although being able to speak intelligently about issues is hardly a liability, PMs who do not engage their teams at key points do a number of inimical things.

For one, they can alienate their consulting teams and make team members less likely to broach issues with them in the future. Second, by routinely not involving the experts, know-it-alls effectively minimize the contribution of those consultants, possibly causing clients to question the need for those consultants in the first place. Unless the consultant was specifically hired in a hybrid role of consultant/PM, that individual should routinely involve the implementation team throughout the project.

Some PMs new to projects with large scopes are ecstatic when the project makes any progress at all. Pollyannas tend to take a “glass is 10% full” approach to project management. Rather than realistically assess and deal with a project suffering from delays and budget overruns, Pollyannas focus on trying to make everyone feel good. In this sense, they are like yes-men. PMs need to be able to call a spade a spade and not worry about sugarcoating dire situations. Part of being a PM entails making tough decisions.

The pessimist is the antithesis of the Pollyanna. Pessimists fail to appreciate the gains that a team and its individuals have made in the face of considerable obstacles. Pessimists routinely overemphasize what still needs to be done as opposed to what has been done.

Make no mistake here. Many projects would benefit from healthy doses of skepticism and realism. Sometimes, it’s necessary to put functionality and even entire modules on the chopping block. However, both consultants and employees tend to put in long hours on projects, especially during critical times. Few things anger a team more than unalloyed negativity from a PM not burning the midnight oil. PMs who constantly criticize a team for that which it has not accomplished are likely to irritate everyone. Celebrating a significant milestone never hurt anyone.

Sometimes PMs need to play the role of good cop, bad cop, shrink, confidant, and devil’s advocate. Other times, they need to stroke the egos of key people or use PM techniques to move the project forward. While there’s no secret sauce to project management, avoid the archetypes described here.

I adapted this post from my first book Why New Systems Fail. It originally ran on InformationWeek.