Healthcare.gov: Government IT Project Failure at its Finest 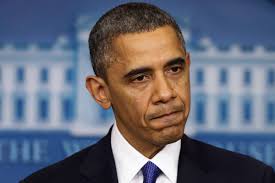 The BusinessWeek article on the Healthcare.gov failure is nothing if not instructive. From the piece:

Healthcare.gov isn’t just a website; it’s more like a platform for building health-care marketplaces. Visiting the site is like visiting a restaurant. You sit in the dining room, read the menu, and tell the waiter what you want, and off he goes to the kitchen with your order. The dining room is the front end, with all the buttons to click and forms to fill out. The kitchen is the back end, with all the databases and services. The contractor most responsible for the back end is CGI Federal. Apparently it’s this company’s part of the system that’s burning up under the load of thousands of simultaneous users.

The restaurant analogy is a good one. Projects with scopes like these fail for all sorts of reasons. Why New Systems Fail details a bunch of culprits, most of which are people-related.

As I read the article, a few other things jumped out at me:

The Onion is having fun with this, and President Obama is mad—as he should be:

“No one is madder than me about the fact that the website isn’t working as well as it should … It’s going to get fixed.” —President Obama

On a different level, launching a true platform should not be confused with a traditional IT project. Yes, platforms share similarities with enterprise systems (read: ERP, CRM, etc.). Still, tens of millions of people do not concurrently use these applications. We’re talking about differences in orders of magnitude. One can only hope that the burnt hand teaches best.