Big Data and Privacy: Have We Reached a Turning Point?

“People have really gotten comfortable not only sharing more information and different kinds, but more openly and with more people—and that social norm is just something that has evolved over time.” 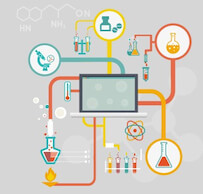 We may look back at the period of the last few months of 2014 as Big Data’s turning point.

Just as the dust from the Snowden-NSA scandal was starting to settle, things got interesting. Facebook was outed for secretly experimenting on its users. Soon after, hackers grabbed nude pics from celebrity iPhones. Home Depot joined a phalanx of retailers hacked. In September, Tim Cook told Charlie Rose that Apple wasn’t in the data business, a thinly-veiled shot a Google. In fact, iOS 8 makes it impossible for Apple to comply with certain government requests for data. Not surprisingly, requests to join ad-free social network Ello skyrocketed.

Synthesizing these individual events, it becomes apparent that we’re reaching a tipping point. Many of us are moving beyond simple awareness around privacy and data issues. We are moving to action. How else can you explain the popularity and tremendous value of Snapchat and WhatsApp? Maybe Zuck was wrong about privacy after all?

Look, there’s still enormous value to be gleaned from vast troves of unstructured information (read: Big Data.) Apple may not need to collect and monetize user data because of its healthy profit margins, but the company represents the exception to the general rule. Even Marc Andreessen openly questions whether many of these newfangled startups will survive unless they start making money relatively soon. Many CEOs of companies “on the bubble” aren’t above auctioning off user data to keep their companies afloat.

None of this means that you should alter your plans to hire a data scientist or to deploy Hadoop in your organization. By all means, go right ahead. Still, it’s essential to carefully evaluate your approach.

Ignore these questions at your own peril. Big Data isn’t just about blithely collecting and acting upon data and abiding by pertinent legislation. Behaving in an ethical manner is increasingly becoming a sine qua non.