The potential to discover new insights via interactive dataviz has never been greater. 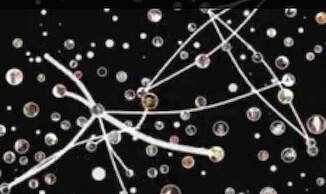 Santiago Ortiz is a very talented and curious guy.

I met the self-described visual data scientist while researching The Visual Organization. A few days later, the two of us chatted over Skype about how progressive companies were using dataviz in interesting ways. While this yarn didn’t make it into the book, it’s just too good to keep to myself.

Up until a few years ago, Twitter maintained a public list of its employees’ accounts (1,250 in total.) I use the past tense here because Twitter retired it. If I had to bet, the public nature of that data made it too easy for recruiters to poach software engineers, data scientists, and senior executives.

As I know from personal experience, management at many hidebound companies considers social media and tweeting nothing less than a waste of time. I’d posit that, for a variety of reasons, Twitter looks at things a bit differently. In fact, I’m hard-pressed to think of another large public company with a higher rate of tweeting during work hours. And, as you’ll see below, this can be a source of very valuable data on how and which employees communication.

Ortiz was curious about how Twitter employees used the service. Did they eat their own dog food? Using a bot, he collected data from one week of Twitter conversations. He then corralled the tweets sent from members of the aforementioned Twitter list. At a high level, his data included two types of tweets:

Ortiz wound up with roughly 100,000 total tweets. With that data, he built a network of 1,250 nodes and around 10,000 relationships (read: whenever one node tweets another at another node or nodes). To create the interactive dataviz (presented below), Ortiz used a forces-driven algorithm based on a simple physics simulation.

Note that the relationships between and among nodes above reflect nodes are based upon multiple tweets. (No tweet means no relationship).

The potential to discover new insights via interactive data visualizations has never been greater.

As you can see above, Ortiz’s tool manifested thousands of real conversations and relationships. You can check out the entire interactive data visualization here. (To read a conversation, press a node for half a second and drag it to another node. A line between the two will appear and the conversation will be featured in the right panel.)

Interestingly, Ortiz’s tool reveals a slew of clusters–i.e., groups of nodes that tend to engage in what appear to be intense conversations among Twitter employees. And these clusters are often informative, piquing the user’s curiosity. For instance, it’s possible to recognize international Twitter teams such as Japan and the UK. Beyond countries, one can view interactions within individual departments such as marketing.

A couple of years ago, Ortiz visited his friends at Twitter after releasing his project. They told him that more than a few Twitter employees found his dataviz intriguing and had played around with it. They found a few interesting things of their own. For instance, they had used Ortiz’s tool to view data generated by employees of two small companies that Twitter had bought. They could easily see how those employees were interacting with employees in different departments. What’s more, the acqui-hires continued to be visible as clusters in the visualization.

As I write in The Visual Organization, there’s only so much that any organization can do with a static data visualization tools based upon relational data. The potential to discover new insights via interactive data visualizations has never been greater.