The First Rule of Platforms 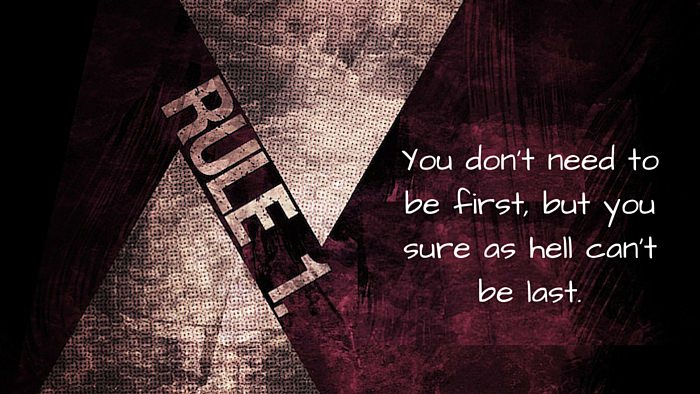 Jeff Bezos understood the need to move quickly in 1995. The Internet was a land grab, and Bezos knew it. This is also known as first-mover advantage. His mantra: Get big fast. To be sure, it has served Amazon well.

It’s nearly impossible to play catch-up in the Age of the Platform.

Contrast that with Mark Zuckerberg. Facebook was certainly not the first social network. (See MySpace, Friendster, and Classmates.com.) Zuck did not roll out Facebook to schools in 2005 willy-nilly. Rather, He patiently waited until his company’s infrastructure could support more users. He cared about the user experience.

This brings me to the first rule of platforms (with the obligatory tip to Fight Club):

You don’t need to be first, but you sure as hell can’t be last.

Case in point: Why do you think that Pinterest is trying so hard to shed the label of social network? Because Facebook, Linkedin, Twitter, et al. have that covered.

In the Age of the Platform, it’s nearly impossible to play catch-up. In a nutshell, this is the daunting problem that Microsoft, BlackBerry, Yahoo, and others face today. Make no mistake: there is no simple solution. It’s usually better to try to create an entirely new category rather than to be an also-ran in an existing one.