On Rush and the Rock and Roll Hall of Fame 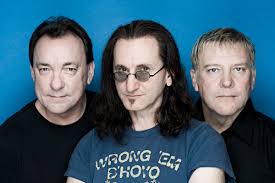 Hell has frozen over: Rush has been nominated for induction into the Rock and Roll Hall of Fame. Opinions on the band have varied for decades and this announcement won’t change a thing. The word polarized is pretty apropos.

Now some clown at the LA Times is calling the band’s music mediocre.

Yeah, and Michael Jordan was a mediocre basketball player. Roger Federer is a mediocre tennis player.

As musicians, even all but the most vitriolic Rush detractors concede that each is incredibly skilled at his craft. There’s absolutely nothing mediocre about this band. Nothing.

Now, I’m nothing close to a musician, but listen to those who make a living playing and creating music. Members of Dream Theater, Metallica, Foo Fighers, Red Hot Chilipeppers, and scores of other highly successful and respected bands all cite Rush as huge influences. Would a band that produces mediocre music engender such respect among its peers—and musicians who grew up watching the band?

Rush fans don’t care what critics, the R&R HOF, or the general public think. Nothing that anyone writes or says will change the minds minds of fans, many of whom have been following Canada’s finest for decades.

Will Rush get in? My answer: Who cares?

Rush doesn’t. Most fans don’t. We will still love the band sans the imprimatur of some committee in Cleveland.