10 Technology and Business Trends for 2012 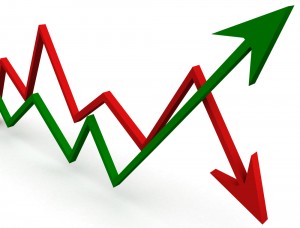 It’s that time again—time to look around the corner and make predictions about the new year. Here are 10 technology and business trends that will affect businesses and consumers alike in the coming year.

The continued proliferation of platforms

We have entered the Age of the Platform and many companies have started embracing ecosystems, partners, and crowdsourcing. Even Twitter’s recent redesign is a clear attempt to mimic the functionality and success of Facebook, LinkedIn, and other powerful platforms.

The rise of mobile payments

You can now pay for Apple products by yourself if you have an iPhone and the Apple Store App. Jack Dorsey’s Square has even more ambitious plans: to turn your phone into your own portable payment system.

The Gang of Four isn’t going anywhere. Those who believe that there will be “one winner” from the Great Tech War of 2012 are in for a surprise. Amazon, Apple, Facebook, and Google will each dominate, but in separate areas.

Semantic technologies—i.e., those that enable data to be understood across multiple languages—are becoming more prevalent. Case in point: Teenagers are building apps that make sense of increasingly noisy search results.

The continued consumerization of IT

In the 1990s and before, tech companies catered to CIOs—not to the ultimate end users of their products. This has changed. In 2012 and beyond, we will continue to see a more democratized tech playing field.

Expect Netflix, Hulu, and other standalone products and services to be absorbed by larger companies. Rumors are swirling that Verizon will gobble up Netflix, especially since Netflix’s stock price has dropped by more than 60 percent from its high. Apple’s iCloud, Amazon’s Fire, and Google’s play in movies will make it harder and harder for video-specific sites to survive.

More and more companies are building platforms—and adding planks. Force.com and Jive Softwareare but two examples of emerging business platforms and powerful ecosystems that have stalwarts such as Microsoft scrambling to play catch up.

Don’t expect any magic turnarounds from RIM, HP, AOL, and Yahoo! Android will continue to steal mindshare away from BlackBerry. AOL’srecent restructuring is unlikely to return it to prominence.

We know that people are more prone to do traditional index searches on desktops and laptops than mobile phones. (By some estimates, only one percent of an individual’s time on a mobile device is spent doing searches.) As we spend more time on the latter than the former, fewer people will use search engines. This is a big reason that Google has made such large bets with Android and Motorola.

Whether it’s on Pages for Google+ or the recently announced Twitter branded pages, expect the last dominoes to fall. Those big and large businesses loathe to embrace social media will realize that they’ll have to get with the program—or else.