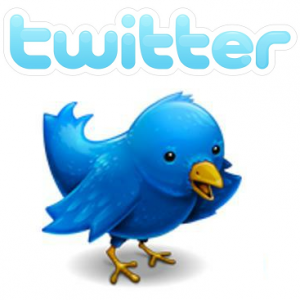 Twitter has been experiencing more than its fair share of growing pains recently. Many end-users have experienced errors more frequently as its users have exponentially increased over the last six months. These errors seem to stem from hardware issues. In short, Twitter seems to have outgrown its hardware and is at a technological crossroads.

Why is Twitter’s IT infrastructure ostensibly inadequate?

Disclaimer: I have no idea about Twitter’s current database and servers. I know enough about hardware, however, to definitively state that Twitter seems to have outgrown its current “back end.”

Some might wonder why this is the case. Many startups face very difficult problems with regard to system scale. In short, more powerful systems can handle increased volume but cost considerably more than their less powerful brethren.

How does this apply to Twitter? There’s no way that its management could have made the case for an expensive mainframe—much less two—upon founding the company. Who would have guessed that the application would have become so popular? Spending $400,000 on mainframes is a pretty big bet, especially given that most startups fail.

Note that Twitter’s challenges are hardly unique. When eBay’s growth expanded beyond the capacity of its hardware, the site experienced more than a few system outages.

Amidst the rumors of a buy-out from Google or LinkedIn and with no discernible revenue model yet, it’s questionable that Twitter’s management would make this investment now.

I suppose that Twitter needs to decide what it wants to be when it grows up. If its management decides that it wants to be a stand-alone company, then it should probably bite the bullet and either buy a mainframe (as the original post suggest) or make some type of increased investment in technology to support its viral growth. If not, then it should look for an exit strategy soon. Too many “system errors” will only inhibit its growth and drive its users to its competitors.

Most organizations do not face the same dilemmas as Twitter with respect to their systems. A single site hospital is not going to grow from 500 to 5,000 employees in one year. Of course, unexpected, massive growth is probably a good thing.

The fleas come with the dog.

Let’s say that an organization has outgrown its tier-3 enterprise resource planning (ERP) system? It needs to upgrade to a tier-1 system such as Oracle or SAP. This may well stem from the fact that the organization has grown. As such, it now needs to support 200 concurrent users. The fleas come with the dog.

I recommend to my clients during vendor selection that they don’t purchase an excessive system—in terms of cost and functionality. At the same time, I strongly advocate buying a system that can sustain a reasonable level of growth—and perhaps a bit more. The last thing that organization needs is a system that prevents it from reaching its revenue and profit potential.