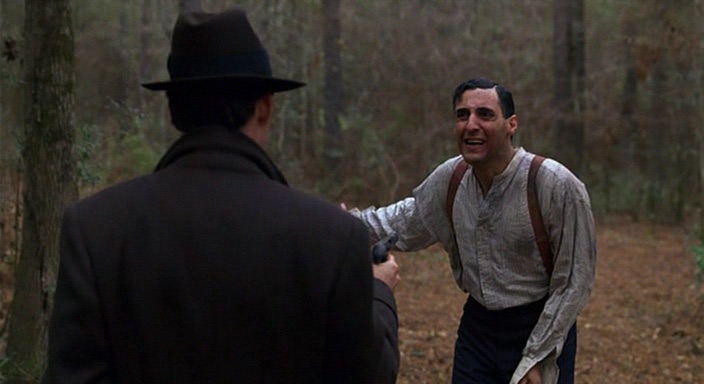 One of my very favorite movies is Miller’s Crossing, the Coen Brothers’ ode to gangster films. Witty dialogue and unexpected plot twists make this relatively obscure movie a must see. I have been thinking quite a bit about this movie as I finish the first draft of my second book.

I’m specifically thinking of Jon Polito’s character, Italian gangster Johnny Caspar. Caspar has ascended to the informal head of organized crime in an unnamed city, possibly Boston, in the 1920s. Faced with increasing problems in this new role, he quips to Tom Reagan (Gabriel Byrne), “Runnin’ things.  It ain’t all gravy.”

I couldn’t have put it any better. The past two weeks have been interesting, to say the least. My second text will be a survey book, with a number of experts chiming in on different subjects. Most have been very accommodating but most does not equal all.

Perhaps the highlight took place on my deadline date. A contributor who shall rename anonymous (let’s call him Neil here) told me that he essentially wanted two more weeks for his piece on social networking. He “hadn’t really gotten around to” doing very much. Perhaps this is an indictment of my project management skills, but I digress. It boggles my mind that an ostensibly professional individual would act so cavalierly, especially when there’s a great deal of upside for them on a project like this. After all, a really respected firm is publishing this book and it’s targeted at C-level executives. (The English bloke who contracted swine flu also had to pass at the last minute, but at least that’s a valid excuse.)

Neil told me that he sensed my anxiety. I had to laugh. When someone tells you on the due date that he’s not even close to completing a project, isn’t the recipient of that news allowed to be a little anxious?

Fear not, loyal readers. Through the very technology about which Neil was writing (social networking), I was able to find suitable replacements. Plus, and let’s be honest here, this topic isn’t remarkably complex. Social networking not like network security or enterprise risk management, two topics that have evolved quite a bit over the last twenty years. Social networking is a relatively new phenomenon and I am old enough to have essentially watched it evolve in front of my eyes.

I actually wrote up the following little intro to the book’s chapter:

As an aside, this chapter actually came together largely through social networking. The original contributor cancelled inexplicably at the last minute, forcing me to scramble. Through sites like LinkedIn and Twitter, I was able to find social networking experts who collaborated with me using tools such as Google documents. I’m actually glad that the original author backed out; it allowed me to see first-hand if I could meet my deadline while using the very tools about which I was writing.