Data Is Not a Platform 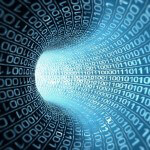 Ken Oestreich on GigaOM writes about data as a platform. From the piece:

And, if the data is becoming so valuable, then analyzing and mining it ought to provide incremental revenue streams beyond the traditional product-based business model. But consider going one step further: If treated right, access to enough quality data would be valuable to others outside of your enterprise too—assuming the correct federation and business models were constructed.

All true, but I disagree with the notion that data is–or can be–a platform. True developers build on top of platforms. Without tools and platforms, data is just, well, data.

Lessons from Research in Motion

Unlike platforms, data can still be wildly misinterpreted, as a a recent Wired piece on the demise of the BlackBerry proves. It turns out that the election of a certain US president “caused” a once-dominant handset maker to fall from grace:

Blame Barack Obama. Research in Motion might do well to pick on the president, if only to distract from the other reasons for its rapidly declining fortunes. After all, it was around the time then President-elect Obama came out as a BlackBerry addict that the once-dominant mobile company’s slide really began.

But it hasn’t been just Tea Partiers who have defected from the president’s preferred mobile platform in the years since he took office. The Waterloo, Canada-based maker of BlackBerry smartphones has lost customers of all kinds while erecting multiple milestones of failure along a path toward seeming disintegration.

The chart below visually represents “The Obama Effect” with respect to RIM: 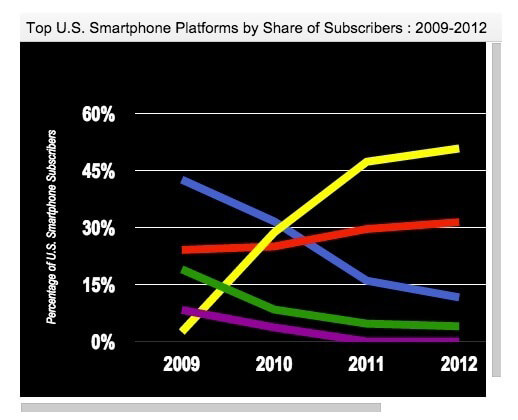 Books like The Halo Effect …and the Eight Other Business Delusions That Deceive Managers illustrate the false causality so prevalent in the business world. Just because a company ABC did X does not mean that X caused success. It might have been Y resulting in increased revenue or profits. Perhaps Z caused both X and Y, to say nothing of what companies DEF and XYZ didn’t do. And let’s not forget about plain old-fashioned luck.

In the case of RIM, was the design of the BlackBerry flawed? Perhaps. But I’d argue that RIM’s lack of (decent) apps more than any other factor caused its demise. With no end to the app nightmare in sight, people like me decided in droves to move in a different direction (the iPhone)—and not wait for a complacent company to finally embrace the essential notion of ecosystems.

There’s no way to know for certain what caused the demise of the once über-popular CrackBerry. Other than running true scientific experiments, even the smartest among us can only offer our (hopefully informed opinions). Never let data completely substitute for common sense and judgment.

The larger lesson for organizations of all sizes is that data is not the end-game.