“Essentially, all models are wrong, but some are useful.”
—George E. P. Box

In Too Big to Ignore, I make the point that there’s no one right way to “do” Big Data. Last time I checked, there were nearly 130 different types of NoSQL databases. Even if you take a prominent Big Data tool like Hadoop, you won’t find unanimity around how to configure it, much less which components are needed. As I wrote in the book:

At present, there is no one “official” Hadoop stack or standard configuration. As of this writing, Hadoop includes more than a dozen dynamic components or sub-projects, many of which are complex to deploy and manage. Installation, configuration, and production deployment at scale is often challenging.

This begs the obvious question, Is the lack of a standard technology stack ultimately good or bad? To that, I answer both. As I researched the book, I discovered that different organizations were moving in very different directions on the Big Data front. The reasons hinged upon financial and human resources, regulatory environments, industries, amounts and types of data, and the like. Brass tacks: there’s no Big Data recipe–at least not yet. And that day may very well never come.

And the same holds true for Big Data methodologies and management philosophies. As this Forbes‘ piece shows, it turns out that there are plenty of ways to effect Big Data technologies within an organization. 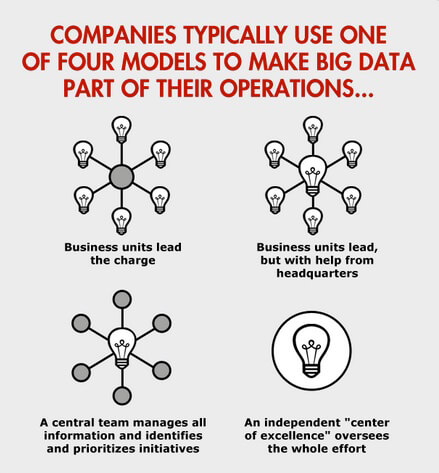 I know what many CXOs are thinking when they seem visuals like the one above. Ah, if only there were one way to “do” Big Data. We could then pay a bunch of consultants a bunch of money to manage these projects and start reaping big rewards.

Well, it’s just not that simple. Big Data has not ushered in an era of certainty. Many questions still remain:

There’s no one right way to “do” Big Data.

Big Data is more like Android than iOS. There are many versions flying around, not merely a single sanctioned one. Put differently, there’s a bevy of Big Data options available to organizations. Don’t think for a minute that there’s a ten-point checklist for Big Data. There isn’t. Innovation is taking place daily.

Get started. You’ll make mistakes, but isn’t that how the organization will learn what works?