Five Parallels Between Golf and IT Projects 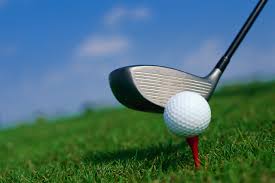 On my recent trip to Las Vegas, I was able to play a few amazing courses, including the TPC. As is standard these days, I played very poorly. I mean awful. On the way home, I was tired, hurt, frustrated, and hungry. I started thinking about parallels between golf and IT projects. I like to think that I know something about the latter, if not the former.

Both activities look simple from afar. They are not.

Golf: Before starting to play thirteen years ago, I would watch golf on TV and think, “What’s the big deal? Aren’t these people supposed to hit the ball near the hole?” To make a very long story short, I now know better.  Much better. Hundreds of balls into the woods, “the drink”, and more of nature’s wonders can attest to that.

IT: Organizations call me about their ostensibly “easy” IT projects. I’ll often hear things such as, “We just want to upgrade our system” or “It’s a simple set of report requests.”  Most of the time, the task or project is much easier said than done. Even IT projects that often appear to be easy have nuances that few remember or discover until someone like me begins asking very specific questions. I’ll then often hear things such as “Oh yeah, we forgot about that.”

Often a very small error can lead to major problems.

IT: Project estimates often consist of strategic wild-ass guesses or SWAGs. Particularly facing tight deadlines, an estimate of two weeks that winds up being even a few days more can be catastrophic. Why? Future tasks and goals now all have to be moved back in lockstep. Unfortunately, many projects have key dates such as end of the quarter or the year. There may be no time to make required adjustments.

Sometimes the reward just isn’t worth the risk.

Golf: We golfers often ignore little things like branches, rocks, and water. Golfers often think that we can pull off that one in ten shot that winds up hurting us. Call it ego. Often, I think to myself that people should just bite the bullet and take their medicine after errant shots (and pitch out). I’m sure that people think that of me as well.

IT: At crucial points of projects, there’s something to be said for taking a justifiable risk. For example, conducting limited system testing without all of the components often manifests key issues that otherwise would have remained dormant until later in the project. However, as the project’s “go live” date becomes closer, politics, budgets, or other factors often cloud the risk-reward calculus. I have seen many downright silly decisions made when the risks were much greater than the rewards.

Golf: There’s an unspoken rule on the golf course among strangers: Never give unsolicited advice. Most golfers adhere to this rule while, at the same time, think to themselves “What is this guy doing?” as someone does something really silly. After a snowman, it’s common to say to oneself, “Wow. He really shouldn’t have tried to hit his three wood from under a tree over water and into the wind from 250 yards.”

IT: Projects that grossly exceed budgets and time lines (or are canceled altogether) are the golfing equivalent of snowmen. In a project post-mortem, each person has the benefit of hindsight. Things unknown then are no longer unknown and, as a result, it’s very easy to question poor project management decisions.

It is very difficult to sustain a consistent level of performance.

Golf: While I am an admittedly poor golfer, I do have stretches of six to eight holes in which I am actually very respectable. Double bogies and up are replaced by pars and bogies–even the occasional birdie. Of course, it’s only a matter of time before that goes by the wayside.

IT: Few IT projects are consistently “in the zone.” Ups and downs affect just about every IT endeavor, no matter how simple. I have never worked on a project of any duration that did not see peaks and valleys.

Are there any other parallels? What do you think?