Lessons From The BRITE ’10 Conference, Part 1 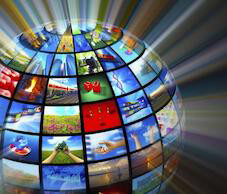 This week I attended the third BRITE conference in New York City. In this post, I’ll convey many of the things that I learned during day one.

Carroll spoke about the voice of the customer in the digital age and his points included:

Next up was Thomas Gensemer, Managing Partner, Blue State Digital. BSD builds and mobilizes online communities for clients from the Red Cross to the Obama campaign. Gensemer spoke about engaging and mobilizing communities online and his points included:

Ending the morning session was Duncan Watts, Principal Research Scientist of Yahoo! Research. He is the author of Six Degrees: The Science of a Connected Age. Watts spoke about diffusion and influence on Twitter and his points included:

I’ll do at least one more post on this. It was an interesting conference and I plan to go next year.

Thanks to Matthew Quint for comping me.