How celebs are making money by tweeting. 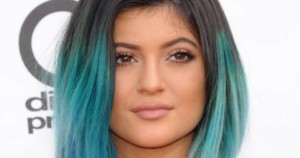 Many of the most popular Twitter accounts belong to celebrities. Now, I’m not one to follow the latest musings from Kim Kardashian, but you have to give her credit. As I’ve mentioned before, she reportedly receives $10,000 per tweet from Pepsi.

I’ve done some digging into other ways to monetize a large number of followers. John Mayer (yes, the one with the smooth voice and crazy tattoos) used to have a Nascar-type Twitter background including car advertisements.

Funny…I can’t see wanting to buy a Mercedes Benz or BMW based on a Twitter background, but that’s me.

This makes you wonder about celebrities in need of money lacking ads on their Twitter pages. Take Jose Canseco, a guy whose recent activities suggest that he’s open to just about anything for the right price. (How you blow more than $40M earned by playing baseball is beyond me, but I digress.)

What other strategies have you seen others (celebrities or not) employ to maximize their income from Twitter?

Why I Have Never Visited My Rate My Professor Page
My Latest HBR Article on the Benefits of Friction
Why I Barely Tweet Anymore
Big Data and Hype: Where Are We Now?
The Vast Data Sources of the IoT