DevOps and the New IT

Exploring some of the major business ramifications of cloud computing. 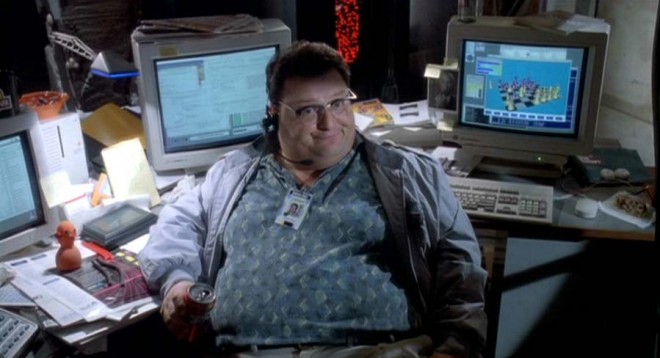 Not that long ago, upgrading enterprise applications was an extremely cumbersome process. Those of us of a certain age remember visits from squirrelly IT guys who would assume control of our computers while they typed some cryptic commands into a Windows terminal window.

My how times have changed.

Thanks to the popularity of cloud computing and its cousin SaaS, installing and upgrading applications has never been easier for enterprises. In fact, for an application such as Salesforce or Workday, most non-technical users often don’t even know when or that they have been upgraded. No longer do IT guys need to visit hundreds of desks or arrange for remote dial-in sessions. Those days have long passed in many mature organizations. For their part, startups embracing lean methods almost never bought on-premise software.

Of course, this new era is changing traditional roles and creating new ones. With technology, this is always the case. 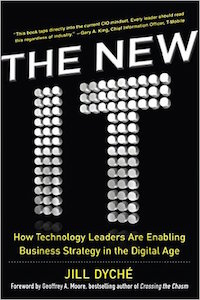 Many IT folks need to learn new skills and refine their existing ones. Today’s IT is in many ways different from its mid-2000s counterpart. Let me paraphrase from Jill Dyché’s new book The New IT: How Technology Leaders are Enabling Business Strategy in the Digital Age. The traditional IT organization is having an identity crisis of sorts. The usual suspects include the advent of cloud computing, the ubiquity of handheld devices, and digital everything. Information is becoming the new currency of contemporary business.

Traditional IT today does less proper software development and deployment.

What’s more, CXOs are waking up to two critical facts. First, application development never ends. Second, traditional IT projects should not serve as the model on which future app development is based. The politically and financially expensive lessons of past debacles remain particularly salient. (For more on this, see Why New Systems Fail.)

Increasingly, organizations are codifying this new fast-paced reality by establishing DevOps departments. Compared to a decade ago, IT today is doing less proper software development and deployment. As I recently wrote on TechBeacon, DevOps:

…isn’t just about being “good with computers.” Team members need to bridge the IT-business divide, get out of their traditional silos, and work effectively with employees in the different lines of business. That means understanding business needs, not just hardware requirements.

Put differently, for certain roles, it’s still essential to know the ins and outs of highly technical areas such as database partitioning. In DevOps, though, this is not sufficient. One must know the business reasons behind decisions such as these.

I could write for hours about the impact that cloud computing has had. For now, suffice it to say that the game has changed. Organizations today are requiring different services, knowledge, and recommendations from their employees, vendors, consultants, and partners. Knowing how to keep the lights on only gets you so far.

Blog E Technology E DevOps and the New IT

NFT of Signed Reimagining Collaboration Cover
In Defense of Slack
Early Thoughts on Microsoft Viva
How Many Slack Channels Do You Need?
Looking for Collaboration Case Studies for My Next Book