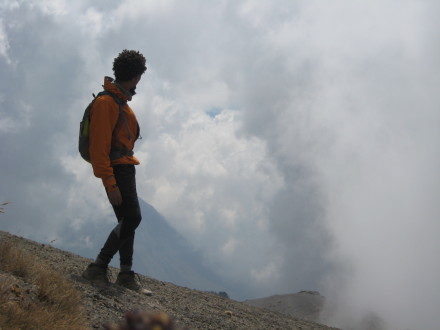 Did you notice that HootSuite was down last week? Did you want to edit an entry on Reddit but could not? Well, you weren’t alone. Amazon recently experienced major problems with its Elastic Compute Cloud service, affecting many sites across a wide variety of industries. This sparked a debate over the future of cloud computing.

Here are my two cents on the matter: Yes, the outages represented a mild inconvenience to me and many others. What’s more, they were much worse for the many small businesses that rely upon Amazon to run the crux of their businesses. However, many cloud naysayers were waiting for something like this to happen to justify their nephophobia (fear of clouds) and general aversion to change.

Many software vendors and old school organizations have been slow to embrace cloud computing because of often misplaced security, reliability, and control issues. They have spent millions of dollars configuring their on-premises CRM and ERP systems. While their infrastructures are not optimal, they have little incentive to rock the boat. Many want clouds to simply go away so they can protect their fiefdoms.

It’s often instructive to think about cloud computing in terms of means and ends. CIOs should not be entertaining the notion of moving to the cloud for the sake of doing so–and brag to their colleagues about it. Rather, clouds should be viewed as a cost-effective way of easily giving employees, partners, customers, and suppliers ubiquitous access to data and applications.

Alternatively, one can think of cloud computing as–at least conceptually–just another type of outsourcing, much like manufacturing or customer service, a point that has been made by others. In a post entitled Cloud sourcing: just like sugar, rubber, and steel (URL removed by company), John Dodge writes:

But think about it: the most regulated enterprises–healthcare providers and payers, banks and trading firms, government agencies come right to mind–that figure out how to safely and reliability use the cloud will have an enormous competitive advantage. Ask yourself: do you want to lead or follow? That’s the choice and that some enterprises would instantly respond “follow” is not always a bad thing.

I suspect that the first company to outsource its manufacturing and customer service was considered insane. Now, it’s de riguer. Why wouldn’t you at least consider doing these things? Technology has flattened the world, to paraphrase Tom Friedman.

Philosophy and the Ubiquity of Risk

Cloud naysayers and nephophobes either minimize or neglect to mention that hosting their own applications is hardly risk-free. Forget excessive costs for a moment. I have always experienced system downtime and issues when applications were hosted internally by my employers and clients. Patches and updates would need to be applied to ERP and CRM systems, forcing everyone out of “the system” on regular bases.

Philosophically, the internal hosting of applications and databases forces every company to be in the IT business. At the risk of disparaging many organizations, how many do IT exceptionally well? Based at least upon my own personal experience, I’d put that number far lower than fifty percent.

I’d ask all of the nephophobes out there the following questions:

Lamentably, those opposed to cloud computing will always find reasons to avoid it. To quote Upton Sinclair, “It’s difficult to get a man to understand something if his salary depends on his not understanding it.”

The Enterprise CIO Forum and HP sponsored this post.