On Microsoft, Android, and Platform Thinking 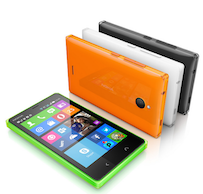 File this under previously unthinkable.

Microsoft has released an Android phone.

I’m a betting man, and I’d wager that such a move would have been considered a moonshot even four years ago. Imagine a Vegas casino taking such a bet.

Some may lambaste the Redmond giant for its mobile inertia and failure to understand The Innovator’s Dilemma. No argument here, but kudos to Microsoft for realizing–and acting upon–a key tenet of platform thinking: using other platforms as planks in your own. Amazon maintains its own YouTube channel. Facebook is hardly silent on Twitter. I could keep going.

Amazon’s Fire phone represents an attempt to create and grow its own ecosystem. Maybe that will work but many are justifiably skeptical, present company included. An alternative and potentially better stratagem is to piggyback on successful existing platforms. Never underestimate the importance of admitting defeat and making the best with the hand you have.