The Future of Retail and the Cloud Wars 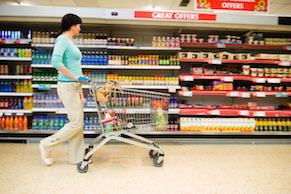 Retail is undergoing a massive transformation as we speak. Thanks to the rise of smartphones and apps, constantly connected customers are now able to do what was once pure fantasy. Every day, millions walk into traditional big-box retailers. After finding what they want and intend to buy, they are whipping out their iOS and Android devices and comparing in-store prices with those of online giants, most notably Amazon. If the price is lower online, then they make their purchases via their smartphones and promptly leave the store.

The name for this retailing scourge is showrooming. It’s no understatement to say that it represents a herculean challenge to brick-and-mortar giants like Wal-Mart, Target, Home Depot, and others. The stakes have never been higher. We all saw what Netflix did to Blockbuster–or, rather, what Blockbuster did to itself.

What’s a traditional retailer to do? Nearly two years ago, Target stopped selling Kindles in its stores, not that that move alone would stop consumers eager to find the best possible prices. That move certainly didn’t deter customers from the practice.

For traditional retailers, perhaps the answer will stem from an early-stage startup with cutting-edge technology.  Austin-based eyeQ seeks to do nothing less than reinvent the in-store shopping experience. From its website, the company:

I had a chance to interview eyeQ founder and CEO Michael Garel and CTO Jim Wang at IBM Impact 2014. If eyeQ seems a little bit like the futuristic advertising in Minority Report, you’re absolutely right. I walked away very impressed at what the startup has been able to accomplish is such a short period of time. The company’s product is extremely interactive and visual, essential features in today’s data-driven world, a point that I make in The Visual Organization. 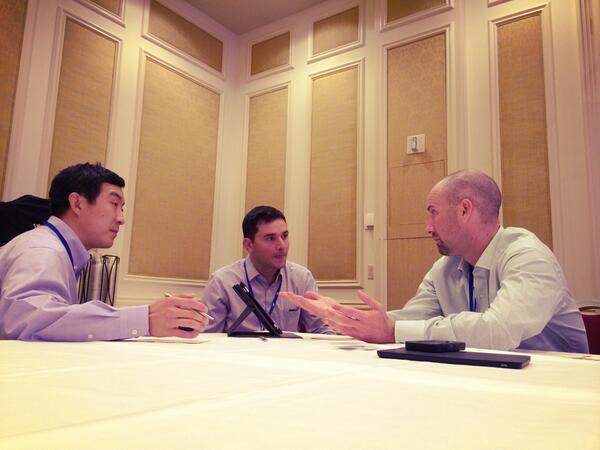 Now, eyeQ is hardly the only startup with grand ambitions like transforming retail. Unlike many, though, eyeQ does not rely upon Amazon Web Services (AWS), a $5-billion division within Amazon. Rather, eyeQ is one of the first startups to power its business via IBM BlueMix.1

The race for cloud-computing dominance is heating up.

IBM hopes that BlueMix will become a viable option for startups like eyeQ and the more than 20 million small businesses in the US alone. Admittedly, the vast majority of IBM clients have historically been large and medium-sized enterprises, a point that I made while speaking with Nancy Pearson, IBM Vice President, Cloud Category Marketing. Getting small business owners and entrepreneurs to think about IBM’s offerings is perhaps one of Big Blue’s biggest challenges.

Nor is IBM the first enterprise software giant to court developers. Who can forget Steve Ballmer’s vociferous “developers” chants of 2000 and 2008?

Simon Says: We are just getting started.

It will be interesting to see how the cloud wars play out over the next five years. Behemoths like Oracle, Amazon, Microsoft, Google, and Rackspace are just a few of the other players in this increasingly important game.