Up until April of 2010, I was exclusively a Windows guy. My PC ran Windows XP and, based upon what my friends and the experts told me, I was in no rush to upgrade to the much-maligned Vista. In that month, I bought my first Mac in over a decade and began the move away from Microsoft products. 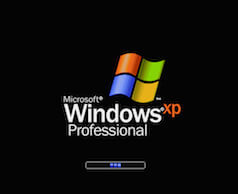 Fast forward to 2014. Despite the fact that Microsoft finally and formally decommissioned XP as of April 8, a stunning number of computers still run the operating system. Microsoft supported XP for nearly 13 years and pushed the decommission date back several times.

Now, seeing computers running XP isn’t particularly rare. Every day I see several at my gym. But that’s an anecdote. Let’s look at the plural of anecdotes (read: data). As Andrea Petersen writes in the Washington Post:

While estimates vary, XP consistently ranks as the second most popular operating system worldwide. Analytics firm StatCounter says that nearly 17 percent of desktop, tablet, and console users are on XP, while Net Marketshare puts the desktop use even higher at nearly 28 percent.

Dealing with a Forced Upgrade

Mac users like me don’t have to deal with XP’s demise, but I touch upon forced upgrades in Why New Systems Fail. (Long story short, nobody likes them.) I have worked extensively with enterprises that have had to retire ERP applications and versions that are long in the tooth.

So, what to do if your organization is still running XP? At a high level, businesses of all sizes and kinds can do one of four things:

There’s no easy answer here. When deciding on what to do, consider the following questions:

Ask yourself if any mission-critical applications will only run on XP. And, above all, test, test, and test some more if you pick the upgrade path.

What say you? Have you upgraded yet?