The Folly of Basic Statistics

“It’s the value of an act, not the act itself, that ultimately matters.”

So write Tobias Moskowitz and L. Jon Wertheim in their excellent book Scorecasting: The Hidden Influences Behind How Sports Are Played and Games Are Won (affiliate link). Applying a Freakonomics-like approach, the authors look at a series of statistical questions from the sports world. Perhaps the most fascinating is “Why do we–and the NBA–count blocks rather than value blocks?”

To elaborate, not all blocked shots are created equal. A swat into the stands–as current Rockets’ center Dwight Howard is wont to do–is not worth as much as a redirection to a teammate, something that Spurs’ big man Tim Duncan does frequently. The former simply gives the ball back to the opponent; the latter returns possession to your team. The authors’ short but incisive answer to this query: Counting is easy; measuring is hard.

Can I get an amen? 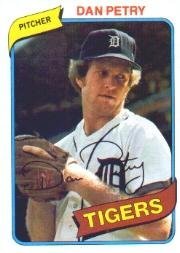 Books like Moneyball describe formerly heretical approaches to analyzing numbers. These days, sabermetrics have become en vogue. There’s no shortage of forward-thinking general managers that understand the importance of non-traditional stats. A few months ago, I caught up with John Hollinger, the Vice President of Basketball Operations for the Memphis Grizzlies. I used to trade baseball cards at John’s house as a kid. Over the course of lunch, we talked about hoops and how the numbers sometimes lie. Intelligent folks understand that not all interceptions, blocked shots, turnovers, and hockey goals are equal.

Counting is easy; measuring is hard.

And the same thing applies to the non-sports world. KPIs, dashboards, and basic analytics often make us feel like we understand what’s going on. At some level, that might be true. Returning to basketball for a moment, all else being equal, more blocks are better than fewer blocks. But the quality of the block (or other measure) is important, even if it’s harder to ascertain.

Simon Says: Data is often the starting point, not the end.

Don’t be lazy with data. Delve into it and you’ll often be surprised at what you’ll find.

A Tableau dataviz that addresses the relationship between days active and messages sent.