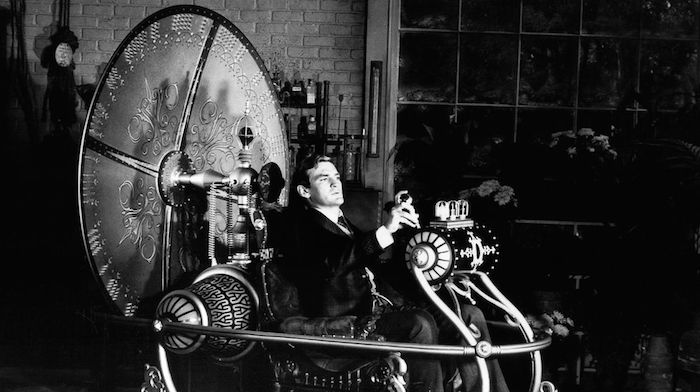 An admittedly tech-challenged friend of mine asked me recently, “What is the Internet of Things?”

As someone who prides himself on heeding Einsten’s words, I love queries such as these. People in tech should be able to explain to an eight-year-old what they do. Her question was very much on my mind as I penned this post.

A Ridiculously Brief History of User-Generated Data and the Web

Let’s go back in time for a moment to the dawn of the World Wide Web. Depending on your age, you might not even remember an era with fax machines, land lines, and inter-office memos. Yes, we once did live in a world sans web pages, e-mail, and apps. Trust me. It really did exist. I was there.

There’s much more to it, but it’s fair to characterize the first two decades of the Web as follows. Web 1.0 allowed the masses to consume content at an unprecedented scale and rate, but only relatively tech-savvy folks could produce it.

Around 2005 or so, the first incarnation of the Web started to give way to what we now call Web 2.0. For the first time, laypersons (read: non-techies) were able to easily generate their own content en masse. As I wrote in Too Big to Ignore, for the most part, “you [didn’t] need to be a programmer to generate content, but you [needed] to be a person.”

Put differently, Web 2.0 made data generation far more accessible than its antecedent. You only needed to actively upload a YouTube video, write a blog post, or share a photo. (Let’s forget fairly recent arrivals such as bots, social-media schedulers such as HootSuite and Buffer, and cool automation services like IFTTT for a moment.) Today, anyone with a modicum of tech proficiency can set up a Tumblr blog, Facebook page, WordPress site, or Twitter account. (Becoming a Twitter power user, though, takes a bit more time.)

Against this backdrop, the amounts and types of data have exploded. An unprecedented data (re: text, audio, social media, images, and videos) has flooded the Web. This is the largely unstructured nature of what we now call Big Data. The reasons include the rise of mobile devices, the growing prevalence of broadband, social media, generational factors, new business models that encourage cord-cutting, binge watching, vastly lower data-storage prices, Moore’s Law, and plenty of others.

How the IoT Will Embiggen Big Data

This begs the question: How does the Internet of Things (IoT) change things? In short, think passive, not active.

Make no mistake: The IoT represents a sea change.

Over the past few years, the IoT has received an insane amount of buzz. Trace it roots, though, and you’ll find that Kevin Ashton of MIT coined it way back in 1999. In short, the term represents an increasing array of machines that connect to the Internet—and its consequences are profound. Nearly ten years after introducing it, Ashton reflected on where we are going:

We need to empower computers with their own means of gathering information, so they can see, hear and smell the world for themselves, in all its random glory. Radio-frequency identification (RFID) and sensor technology enable computers to observe, identify and understand the world—without the limitations of human-entered data.

If we had computers that knew everything there was to know about things—using data they gathered without any help from us—we would be able to track and count everything, and greatly reduce waste, loss, and cost. We would know when things needed replacing, repairing, or recalling, and whether they were fresh or past their best.

And this is exactly what is happening.

Simon Says: Data generation is about to change.

Think of the Internet of Things not as more tech jargon, but as a development with profound implications—and not all of them good. It represents a sea change in who will be generating most data—or, more precisely, what will be generating most data. Machines will passively and automatically create more data than human beings currently do. Partners will help progressive organizations make sense of all of this data.

Put differently, it will only make Big Data, well, bigger.

What say you? Where do we go now?