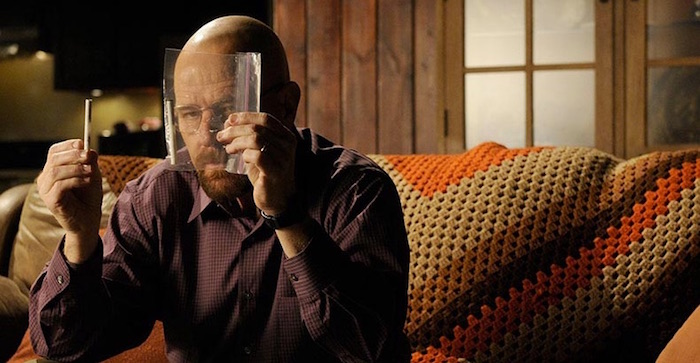 For my money, Breaking Bad is the greatest show of all time. The acting, writing, cinematography, music, and message of the show are simply astonishing.

In subsequent interviews, both Gilligan and Cranston have exuded utter humility. They realize that, to be successful, you have to be both lucky and good. Of course, this flies in the face of much conventional thinking. Many people (wrongly) believe that they have succeeded by dint of their own toil—and nothing else.

Against this backdrop, I recently sat down with Cornell professor Robert H. Frank. We talked about his new book Success and Luck: Good Fortune and the Myth of Meritocracy (affiliate link). The following is an excerpt from our conversation. (Note that his publisher sent me a copy gratis without further obligation.)

PS: You’re lucky to even be here after what happened to you on a tennis court. Explain.

RF: I’ve been the beneficiary of chance events many times during my life, but one in particular stands out.

I was playing tennis with my longtime friend and collaborator, the Cornell psychologist Tom Gilovich, at an indoor facility on a chilly November morning in 2007. As we sat between games during the second set, Tom later told me, I complained of feeling nauseated. Moments later, he said, I fell off the bench and lay motionless on the court. When he knelt to investigate, I wasn’t breathing and had no pulse. 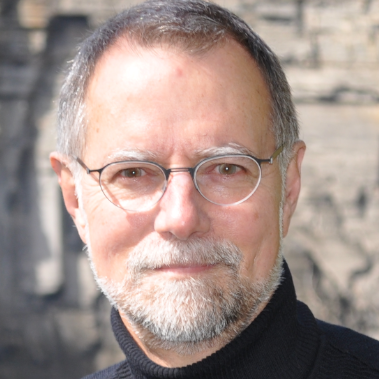 After yelling for someone to call 911, he flipped me onto my back and started pounding on my chest. He hadn’t been trained in CPR but, like most of us, had seen it done many times in films. After what seemed like forever, he said, he got a weak cough out of me. But then I slipped away again.

Moments later, a team of emergency medical technicians burst through the door of the tennis facility. They cut off my shirt, put the paddles on my chest and shocked me back to life. After being rushed to our local hospital, I was flown by helicopter to a larger hospital in Pennsylvania, where I was put on ice overnight.

Doctors told my family learned that I’d suffered an episode sudden cardiac death. They said that 98 percent of people who experience such episodes don’t survive them, and that the the few who do typically suffer serious cognitive and other impairments. And in the three days following the event, I’m told, I spoke nonstop gibberish from my hospital bed.

To be successful, you have to be both lucky and good.

But on day four, for reasons that have never been clearly explained to me, I awoke with a clear head. I was discharged the next day, and after passing a stress test shortly thereafter, I was back on the tennis court with Tom again.

Since the facility where we were playing was located well outside the city, it would normally have taken an ambulance dispatched from Ithaca more than 20 minutes to reach me. That’s well beyond the survival window for sudden cardiac death, since the brain can survive for only a limited time without oxygen.

But by a pure twist of fate, the ambulance that saved my life got there much more quickly than that. Earlier that morning, it turns out, ambulances had been dispatched to two separate auto accidents that had occurred very close to the tennis center. And since the injuries involved in one of them weren’t serious, an ambulance had been able to continue a few hundred yards further to attend to me. To call myself lucky to have survived that day is thus a gross understatement.

PS: Was that the impetus for writing the book?

RF: It’s certainly one of the reasons I began thinking more seriously about luck’s role in life. But my decision to write Success and Luck was spurred more by my gradual realization that most of us scarcely notice the extent to which our lives are shaped by external forces. Of course, chance sometimes intervenes in such dramatic ways that we can’t fail to notice, as in my experience on the tennis court, or when someone wins the lottery. But such instances are rare.

Mostly our lives are shaped by randomness in subtle ways that escape notice. Maybe you had a teacher who steered you away from trouble in the eleventh grade, or perhaps you got an early promotion because a slightly better qualified colleague had to care for an ailing parent. Every career path consists of many hundreds of small steps, and if any one of them had been different, the final destination would also have been different, often markedly so. Failure to appreciate the importance of such contingencies helps explain why so many successful people are able to insist with a straight face that they’d made it entirely on their own. As the essayist E. B. White once wrote, “Luck is not a subject you can mention in the presence of self-made men.”

PS: Talk to me about the man you met in Nepal and why he resonated so much with you.

RF: That would be Birkhaman Rai, the young Bhutanese hill tribesman who worked as my cook during my time as a Peace Corps Volunteer in Nepal. To this day, he remains one of the most talented and resourceful people I’ve ever met. He could butcher a goat, repair an alarm clock, and re-thatch a roof. He could re-sole shoes. He could bargain hard with merchants without offending them.

Yet the pittance I was able to pay him was probably the high point in his lifetime earnings trajectory. I don’t know if he’s still alive, but if so he’d be well past the normal life expectancy of men in Nepal. If he’d been born in the U.S., however, he’d be looking forward to many years of continued good health, and he probably would have been prosperous, possibly even spectacularly successful.

If successful Americans considered the matter even briefly, most would recognize that their lives would have turned out very differently if, like Birkhaman Rai, they’d been born in one of the world’s poorest countries. But most never give it a moment’s thought.

PS: Why is this notion of luck so threatening to so many?

RF: We see a possible hint to the answer in the hostile reactions to two similar political speeches given in 2012, one by President Obama in Virginia, the other by Elizabeth Warren in Massachusetts. If you’ll reread the texts of those speeches, you’ll see that the essential point made in each was not controversial in any way. Both speakers merely sought to remind business owners that any successes they may have enjoyed were made possible in part by society’s investments in supportive environments. Sellers were able to ship their goods to market, for example, on roads the rest of us helped pay for. They hired workers educated at community expense, and enjoyed protection from police and firefighters paid for by tax dollars. They were able to write contracts enforced by our legal system, and so on. The clear point of both speeches was that business owners should embrace their responsibility to help pay forward in support of similar opportunities for the next generation.

But as evidenced by a veritable avalanche of outraged commentary, that’s not the message that many business owners heard. Many thought they’d been told that they didn’t really deserve the success they’d achieved, that they didn’t deserve the lofty positions they held. Both addresses quickly became known as the “you-didn’t-build-that” speeches. Yet that was clearly not the speakers’ intended message.

Some might insist they succeeded entirely on their own for strategic reasons, hoping to reinforce their claim to whatever money has come their way. And there is indeed evidence that people who deny luck’s importance also feel a stronger sense of entitlement.

Yet the denial of luck’s importance can also be view more charitably. When successful people construct the narratives of their own lives, they suffer from the same kinds of cognitive biases that we all exhibit when trying to explain events. One of the most important of these is hindsight bias, according to which observed outcomes appear far more easily predictable than they actually were. Someone trying to explain a successful business career, for example, searches her memory bank for details that are consistent with that outcome. And since most successful people are both extremely talented and hardworking, she’ll find lots of memories of all the long hours she worked and all the difficult problems she solved over the years. Those memories will form the backbone of her life story.

Whatever its cause, the tendency to deny luck’s importance has kindled tax resistance that has jeopardize our ability to maintain the kinds of environments that enabled so many of us to succeed in the first place.

PS: Generally speaking, does the view of the importance of luck hinge on one’s politics? Explain.

But the tendency to underestimate luck’s role in success is by no means confined to one end of the partisan spectrum. And citizens from both sides of the aisle have suffered from the resulting reduction in the electorate’s willingness to support the public investments that make economic success possible.

Each of the opposing views about luck clearly captures essential elements of reality. As the sociologist Duncan Watts has written:

The encouraging news is that the taxes required to redress our investment shortfall would be much less painful than most people think. Beyond a certain income threshold, people’s ability to get what they want depends much more on their relative purchasing power than on how much they spend in absolute terms. If the most successful among us each paid a little more in tax, all mansions would be marginally smaller, all cars less expensive, all diamonds more modest, and all celebrations a bit less costly. In each case, however, the standards that define “special” would adjust accordingly. Successful people would be no less satisfied than before.