A while back, I posted the first rule of platforms: You don’t need to be first, but you sure as hell can’t be last. (Google+ is a case in point.) Today I’ll discuss that rule in the context of Twitter’s platform problem.

Recent events at the much-maligned company illustrate the second rule of platforms: Cherish developers. Don’t piss them off.

By way of background, Twitter immediately attracted developer interest out of the gate. In fact, researching The Age of the Platform, I discovered the following fascinating statistic: Within three years of its launch, Twitter claimed that developers had created and registered more than one million apps for it.

Rebooting with developers is far easier said than done.

Forget for a moment Twitter’s myriad communications issues with its users, investors, and the public at large. For a long time now, Twitter has confused and irritated one of its most important constituencies: its developers. You know, its ecosystem—the very people who can advance its offering and help the company grow. It’s probably not causal, but look at the recent performance of its stock: 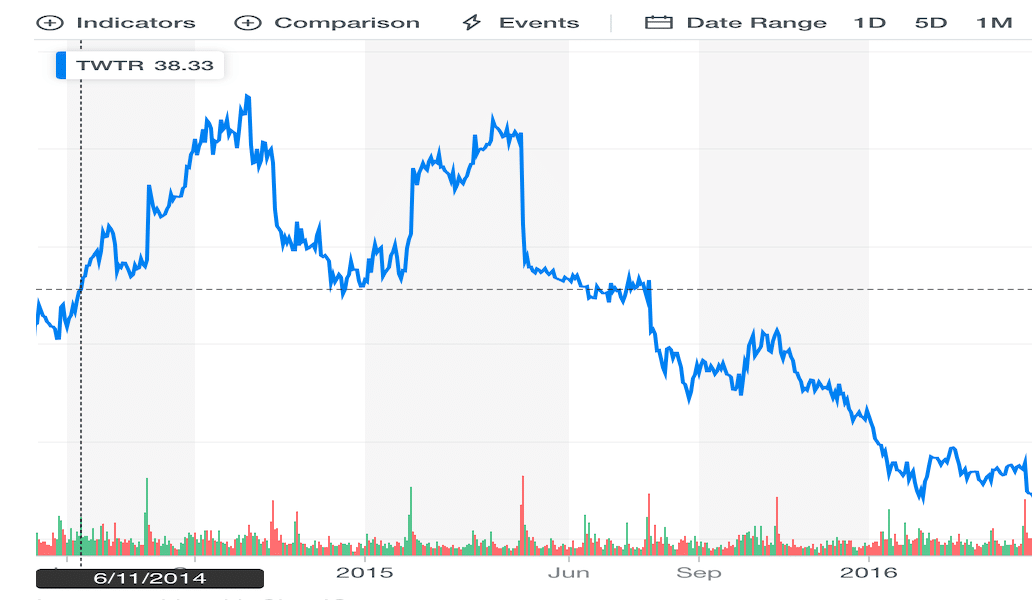 At last the company ostensibly recognizes the enormity of its developer issue. As told by Recode, new  part-time CEO Jack Dorsey, recently “to his credit, acknowledged the rocky relationship. He apologized, and said that he wanted to ‘reboot’ with Twitter developers.”

Easier said than done. Dorsey et. al will have to do more than just start listening to its developers. What’s more, there’s no guarantee that scorned developers will come back at all.

In the Age of the Platform, companies don’t easily and often get another bite at the apple with developers. Even developer-friendly “platforms” such as app.net didn’t exactly take the world by storm.

To paraphrase a short but important e-book, developers are the new kingmakers (affiliate link). The most successful companies today understand this. Case in point: Slack, a company that truly realize how essential are developers to platforms.

It turns out that, at least in this regard, Steve Ballmer was right.