What Publishers Can Learn From the Cleveland Indians 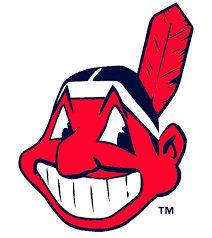 In his book Dealing: The Cleveland Indians’ New Ballgame: How a Small-Market Team Reinvented Itself as a Major League Contender, Terry Pluto details the free agent moves made by The Cleveland Indians in the early 1990s. The small market team locked up rising stars such as Sandy Alomar, Jr., Cory Snyder, and Kenny Lofton before big market teams like the Yankees could sign them on the open market.

At the time, these multimillion dollar contracts were fraught with risk. After all, guaranteeing the big money to somewhat unproven entities could have backfired, setting the franchise back for years. Ultimately, however, these risky moves paid off, as Cleveland had more than its fair share of success in the mid-90s.

A Lesson from Baseball?

I was thinking about this the other day after I read about Seth Godin’s decision to bypass traditional publishers. While Godin can reach his audience directly via his enormously popular blog, speaking engagements, and other means, many up and coming authors do not nearly have his reach. They would probably welcome the security of a three book deal, for example. I think about authors in my general age range with some proven history selling books–and strong social media presences. Why aren’t traditional publishers actively trying to lock us up? (My sense from speaking with other authors is that most deals are on a book-by-book basis. Think of it the baseball equivalent of a player option.)

Of course, we might say no to traditional publishers for whatever reason, as I did with my upcoming book The New Small. Emerging authors might elect to keep their options open. But why not try and get the next big star before she hits it big?

The Indians were proactive twenty years ago and I have a really hard time using that adjective to describe the publishing industry right now. If I were a small publisher, I would be targeting these folks. In fact, now that I have started a publishing company of my own (more on that in future posts), I might as well do just that.

And why limit things to books? Consider what LiveNation did with Madonna. Yes, that one. Why not lock up an author with a hybrid book/conference circuit gig?

For all I know, traditional publishers have thought this through and I’m just missing something. But imagine having Albert Pujols play for your team at Jason Heyward’s salary for five years.