Why Many Executives Fear Slack and Its Ilk 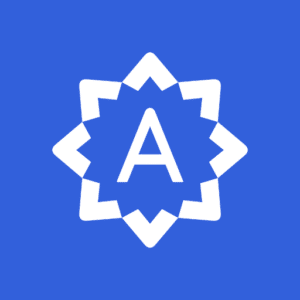 Ellen Cushing’s recent piece in The Atlantic “Slackers of the World, Unite!” is garnering quite the buzz. Cushing tells the tale of Andela, a company that helps identify African software developers. From the article:

The maker of the chat software had recently become one of San Francisco’s trendiest new companies, based on a promise to make work communication more transparent and fluid. And at Andela, it did. As the company grew, Slack became its central nervous system, the place where business was conducted and where the company’s culture was formed.

Over time, it also became the site of a workplace revolt, as the company’s fellows—engineers in training—began to agree that they were being mistreated. The complaints started in private messaging groups, where they’d discuss priorities before big meetings, in order to act as a sort of bloc in front of senior leadership. But when the fellows stopped being invited to those meetings, they created a private Slack channel where they’d air their grievances, especially about pay.1

Avoid using Slack or even ban it, but neither stratagem will bear fruit.

I encourage you to read the whole thing.

I’d bet my house that many business leaders read articles like these and leave with the following (incorrect) impression: That’s exactly why our firm shouldn’t use Slack, the ersatz Microsoft Teams, or another internal collaboration hub. (Interesting sidebar: Thanks to the heroic Frances Haugen, Facebook has restricted internal use of its own internal collaboration hub. So much for the unfettered benefits of being open and connected, but I digress.)

A pox on that argument.

You can avoid using Slack or even try to outlaw it if you like. (Apple recently banned an internal Slack channel on employee compensation.) Ultimately, neither stratagem will:

Returning to Apple for a moment, I’d be shocked if employees didn’t move the conversation to Signal or Discord.

Simon Says: It’s better to know sooner rather than later. 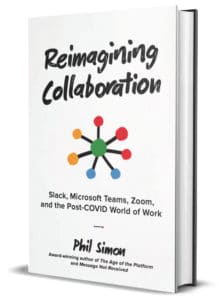 Organizations aren’t nearly as transparent as their leaders say they are. I cite studies in Reimagining Collaboration to that effect.

To this end, Slack and its ilk shine a light on these types of cultural issues. Senior leaders should want to know about them as soon as possible—kind of like a doctor diagnosing an illness. You’re not happy to learn that you’ve got [insert name of malady], but isn’t it better know now rather than later when it’s too late to treat? Double that when The Great Resignation is accelerating.