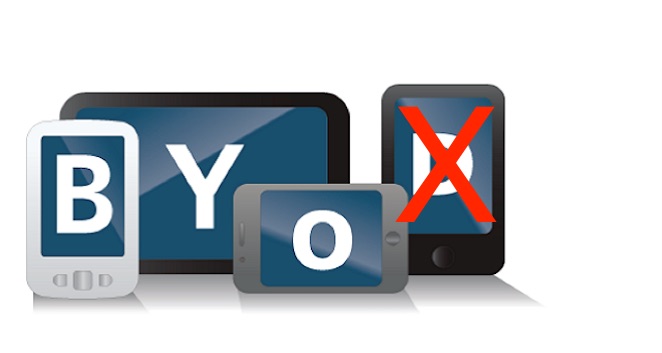 I’ve written before about the pros and cons of BYOD. The rationale is relatively simple: Organizations can save money and make employees happy by supporting devices previously not sanctioned in the workplace.

In point of fact, though, BYOD only represents part of the technology and productivity revolution taking place in many enterprises right now. As Alan Trefler writes on Forbes.com, BYOD is important, but it’s just the tip of the “BYO” iceberg. There’s the nascent trend called bring your own software (BYOS). And no shortage of other backronyms is starting to sprout up:

Trefler correctly points out that all of the BYO initiatives can quickly become BYOC (read: Bring Your Own Chaos). It’s important to remember that relatively few IT departments voluntarily embraced BYOD; most were forced to surrender to it.

Contemporary Enterprise IT: A Sea Change

Acronyms aside, all of these changes undergird one indisputable fact: We have seen nothing short of a sea change in enterprise IT since the advents of the iPad and the AppStore. Today, more than 50 billion apps have been downloaded for iOS. The phrase “There’s an app for that” has entered the vernacular. And companies like Google, Microsoft, Samsung, and Amazon have taken notice, effectively aping Apple’s model. For instance, billions of apps have been downloaded for Android, although precise numbers are hard to come by.

And the same holds true on the software side. Cloud- and Web-native companies like Workday, JIVE, and Salesforce.com are making inroads into land previously dominated by Oracle, SAP, and Microsoft. More than ever, ERP and CRM applications are not the sole purview of large, established enterprise vendors.

Without question, many holdouts remain—and will continue to do so. Some CIO somewhere is signing a deal to purchase new computers running Microsoft Windows. This is always the case with emerging technologies. The Technology Adoption Lifecycle is alive and well:

While not true across the board, the technology pendulum has swung to the employee. More and more enterprises have embraced today’s new, employee-centric reality. Management at these organizations realizes that employee satisfaction matters–big time.

It can be a mistake to force knowledge workers to use BlackBerrys, laptops running Microsoft Windows and Office, and other long-in-the-tooth stalwarts. (Employees in call centers and other more standardized jobs, however, may not have the same degree of choice, especially in developing countries.)

To learn more about addressing the challenges posed by BYOD, register for a VMware webinar on the topic here.

While the words and opinions in this post are my own, VMware has compensated me to write it.