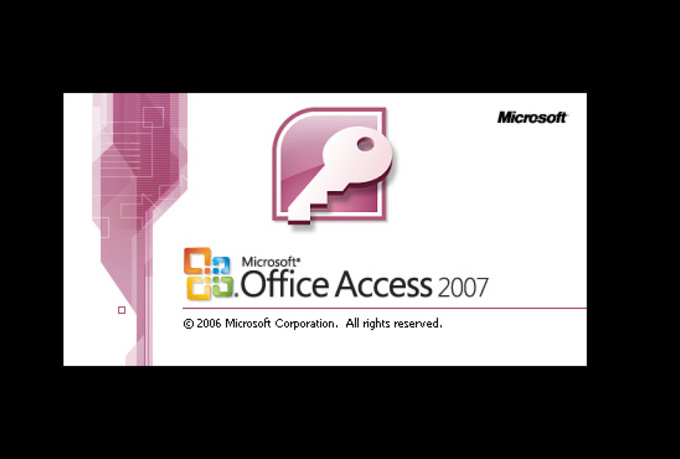 I wanted to write the following post for a few months now but held back. I figured that I’d come around and not risk coming off as a curmudgeon. Well, I can’t wait anymore. It’s time for a good old-fashioned bitch session.

As readers of my blog know, I’m a big fan of technology and normally embrace new ways of doing things. I like learning and always have. But I absolutely deplore Microsoft Access 2007 and it’s time to let it out.

Now, I am not completely delusional. Bitching about a completely new user interface (GUI) and a contextual ribbon will not change a thing. Ballmer et al. won’t realize the error of their ways, offering an MSP that returns Access to its heretofore state. At least this post will make me feel better and save me a few dollars otherwise spent on a shrink.

Whichever Microsoft department and individuals responsible for the design of Access 2007 ought to be placed in some minimum-security prison.

I have been using Access 2007 for nearly two years now, albeit sporadically. Many of my clients have not upgraded from Office 2000 or 2003 and have no plans to do so soon—not that I can blame them. As a result, I frequently have to use both versions of the tool: 2007 at home and 2003 while on the clock. It’s like playing nine holes on a simple, familiar course and the other nine at Carnoustie—in 40 mph wind without your driver.

Now, I don’t hate all of Office 2007. I’ve gotten pretty good at Word and Excel and, although there are some minor annoyances, PowerPoint 2007 is passable. But whichever Microsoft department and individuals responsible for the design of Access 2007 ought to be placed in some minimum-security prison.

In no particular order, here’s why I hate Access 2007:

I know that I am not alone here. A quick search of Google provides no dearth of results here. Quite a few self-described medium and expert Access users are struggling with basic functionality in the new version. I laughed reading some of the angry queries about people who spent hours looking for simple macro arguments that, for no discernible reason, the wizards at Microsoft decided to hide or obscure. There’s something fundamentally cruel about screwing with highly talented developers who can build complex databases and applications that move key data around. Those same Type-A folks now have to take several big steps back to relearn basic navigation.

Look, you’re never going to make everyone happy when you rewrite an application. Also, I’m not completely naive. You don’t sell more licenses by putting out the same product over and over again. The illusion of movement and improvement might increase sales. At the same time, though, this is not 1995. There are many options out there for productivity applications; Microsoft is hardly the only game in town anymore. Forget other software vendors for a moment. People can download free and open source database applications and fork them, never having to worry about dramatically different GUIs in the future.

I’m going to be one of them.