Is Music Software or Art? 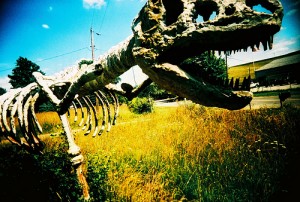 When not listening to Rush (and yes, it does happen on occasion), I’m also a big fan of the English neo-prog band Porcupine Tree. Led by its ridiculously talented and prolific front man Steven Wilson, the band has earned increasing levels of both commercial and critical success since its unique beginnings. Indeed, to go to a “PTree” concert is quite the experience, an ambient pastiche of sounds, videos, and images redolent of early Pink Floyd.

Wilson has no shortage of opinions on technology and digital music. He politely asks fans to turn off their cell phones and digital cameras during shows, believing that they detract from the overall experience. And don’t get him started on iPods. He destroys them

Wilson recently vented in an opinion piece in The New York Times. Wilson writes, “There was something in that magical, romantic, tactile relationship with the album that has been lost by the reduction of music to content.”

Along these lines, there’s also the great debate over digital audio quality. Many believe (as Wilson does) that MP3s and other digital formats provide inferior audio quality compared to analog format. Case in point: the recent surge in vinyl sales from audiophiles.

I happen to agree with Wilson about owning physical albums. I like looking at their art, lyrics, and liner notes. At the same time, though, I move all of my music over to my ubiquitous iPod for one simple reason: It’s convenient. I can’t imagine carrying around a Discman. A guy at my gym has one and, I’ll admit, I chuckle when I see it.

Wilson’s comments could just as easily apply to books, a subject that I’ve addressed before. I feel the same way about eReaders such as the Nook, Kindle, and iPad.  (Yes, I know that the latter can do other things but I’m throwing it in that group for now anyway). I like the experience of holding books and albums in my hand.

Maybe my feelings on books and music make me a dinosaur. If so, then so be it.