Jordan Rudess on Crowdfunding and Explorations 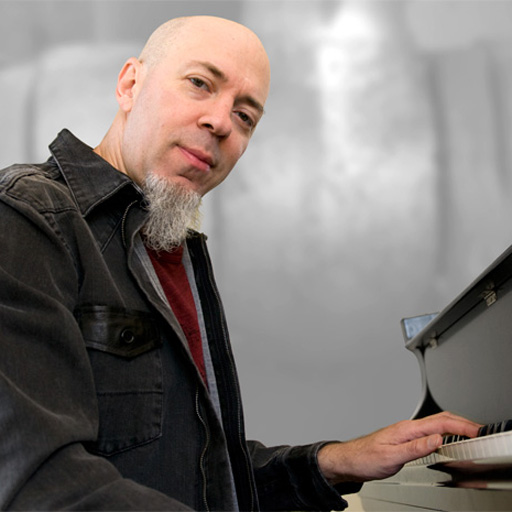 Jordan Rudess is a fascinating amalgam of a musician. He’s primarily known as the keyboardist, Continuum-player, multi-instrumentalist for the Grammy-nominated prog rock/metal icons Dream Theater. Beyond that, the classically trained Julliard pianist has a fascination with technology. His company, Wizdom Music, has also released a number of apps for iOS and Android devices.

Continuing to push the envelope, today Rudess announced the launch of his next musical project through PledgeMusic, a direct-to-fan music platform. (Think Kickstarter for musicians.) Through the support of his fans, Jordan will release brand new music, technology, and videos. At the same time, the project encourages fans to participate in the creative process in exciting and unique ways. Pledgers gain access to exclusive content and experiences and PledgeMusic, with routine updates available.

Jordan plans to record both his orchestral composition, “Explorations for Keyboard and Orchestra,” as well as a new solo piano album. Over the phone this morning, Rudess explained to me that the PledgeMusic project represents a way to release music in a unique and creative way. “I’ve had my eyes on the crowdfunding model for a while now,” Rudess said. “I have a good feeling about getting music out there in this way.”

“There’s a fun kind of aspect to the entire process. It’s a great avenue to explore. Plus, doing it this way enables me to have unrestricted creativity. It’s absolutely exciting as an artist.”

For “Explorations,” Rudess will be creating an entirely virtual orchestral experience, bringing virtuoso instrumental players into the studio and not only make an audio recording but also capture them on film with the goal of creating a unique, visual experience.

“Explores”–his solo piano album–will be created as a completely interactive iOS app experience in addition to being made available in a CD and digital download format. Listeners will be able to use gestures to interact with the audio and visuals and create their own versions of his music.