The Cold War and the State of Enterprise IT 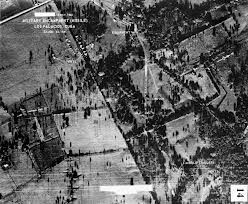 In college, one of my favorite subjects was the Cuban Missile Crisis. I was then–and still am today–fascinated by how close the US and the USSR came to nuclear annihilation. More generally, I enjoyed learning about game theory as it related to the Cold War. As a longtime poker player, I could relate to some extent. You never know what your opponents are holding. But poker was nothing like the CMC. Those guys were acting with incomplete information when the stakes were infinitely higher!

Now the Cold War has been over for more than two decades, and our world could not be more different. In a very real way, ours was a simpler world in the 1950s, 60s, 70s, and 80s. A two-superpower world seemed scary at the time, especially when each side possessed nuclear weapons.

Today, there’s very little doubt that ours is a much messier world. The notion of frenemies is an important one. Political alliances are often ephemeral. Countries in our good graces today might not remain so six months from now.

The State of Enterprise IT: A Whole New World

IT departments are faced with increased security threats, all while trying to do more with less.

It turns out the geopolitical landscape is not the only has been transformed relative to few decades ago. I can think of no more frenetic, complicated, and dynamic area of business today than IT. In the mid-1990s, most large companies were pretty similar. Employees used PCs running some version of Microsoft Windows. Productivity applications defaulted to Microsoft Office. Sure, different companies ran different ERP and CRM applications, but most large ones opted for those of Oracle, PeopleSoft, SAP, or other blue-chip vendors.

By contrast, today seems like Bizarro World. There is no single dominant operating system, although most large organizations still use some form of Windows. The era of open source software, social media, cloud computing, mobility, Big Data, and BYOD has arrived. Despite these tectonic changes, many organizations spend the majority of their IT budgets on maintaining legacy systems. And, to boot, IT departments are faced with increased security threats, all while trying to do more with less.

Against this backdrop, what’s an IT department to do?

While there’s no secret sauce to combating the challenges of contemporary IT management, an increasing number of organizations are embracing virtualization. Benefits include reducing costs, improved disaster recovery manager (DRM), and sometimes significant performance improvements. (To learn more, register for a VMWare webinar on this subject: Unleash the Power of Virtualization to Simplify IT.)

If you think that IT management today is a picnic, think again. Large organizations need to concurrently balance security, maintenance and support, costs, and innovation–no small order.

How is your organization’s IT department keeping up?

This post is sponsored by the 2013 Online VMware Forum.