I have been playing poker ever since I was a kid. Since that time, I’ve become pretty good at it. I moved to Las Vegas about 18 months ago and, in that time, I’ve won more than I’ve lost. I’m just lucky, right?

Probably not. Many people fail to understand that the odds in a casino vary tremendously. It all depends on what you’re playing. Some games represent much better bets than others. Let’s say that you play blackjack by the rules (read: not hitting on 18 when the dealer is showing a six). In this scenario, the house still holds an eight percent advantage. In roulette, if you bet on black or read, you have a 47.3 percent chance of winning (18/38). (You’ll never find favorable odds in a casino, at least legally speaking.)

Now, poker is not roulette. The latter is pure luck; there’s no “strategy” here. By contrast, poker is as much about skill as it is luck, and people much better than I will tell you the same thing. Pros like Johnny Chan don’t get dealt pocket aces more often than your average player. They succeed because they do the following:

More often than not, it’s this valuable data that helps them win tournaments

Poker is not roulette.

Now, even perfect information will not guarantee a favorable result. For instance, in Texas Hold’em, let’s say that I’m holding pocket Kings (aka, “cowboys”) and I correctly surmise that my opponent is holding Jacks (“hooks”). He goes all-in and I quickly—and properly—call. I have an 81 percent chance of winning the hand. That is, four out of five times, I’ll win that showdown. Of course, 20 percent of the time I’ll lose. (Over the years, I’ve been “rivered” more times than I can count.) 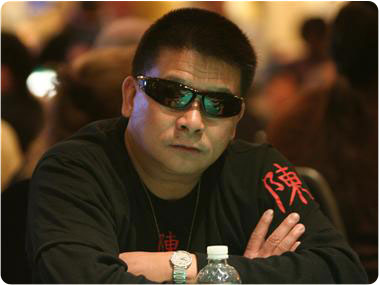 The lesson here for mid-market organizations is that, while information inheres tremendous value, it guarantees nothing. In poker, even the worst hand in Hold’em (deuce-seven off-suit) can still “crack” the best hand (Aces—aka, “rockets”). However, over time, if you consistently play “premium” hands properly, you stand a much better chance of winning than if you play marginal hands in a sloppy manner—or worse, go on tilt.

Organizations that use Big Data well are tantamount to the Johnny Chans of the world. No, they won’t always win, but I’ll bet on these progressive companies every day of the week.