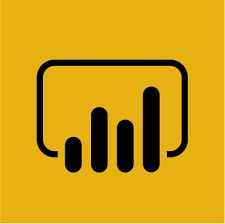 From the mid-90s to the mid-aughts, I wrote oodles of reports for my employers and then clients using the most prevalent business-intelligence tools of the time.

For those of you old enough to remember, I’m talking about Crystal Reports, Cognos PowerPlay and Impromptu, Microsoft Access, and even ReportSmith. Brass tacks: As long as you intimately knew the database tables and entity relationship diagram, then you could pretty much write whatever report you wanted.1

That remains true today, although the tools have certainly changed. Case in point: Tableau and Microsoft PowerBI have largely replaced the reporting stalwarts from early in my career.

I started exploring Tableau when researching The Visual Organization and it’s certainly improved since then. I remain particularly fond of Tableau Public and have even published my student teaching evaluations there. The site easily allows anyone to publish and view creative data visualizations in all sorts of areas. I tell students in my analytics course to do the same. Why not have recruiters come to you?

As for PowerBI, I had not noodled with it too much until recently. The impetus: This semester I’m teaching CIS405: Business Intelligence. About a year ago, the faculty committee finally replaced Cognos Insights with Microsoft’s more contemporary application.2

It turns out that creating a simple, interactive dataviz with PowerBI is pretty straightforward—as long as you know your data. Much like Tableau, PowerBI allows users to create dashboards and multi-tab data visualizations. Yes, just like with Tableau, you can publish your work on the Web.

I could find a vanilla sales dataset and go to work. That just doesn’t interest me. Because I enjoy analyzing data from the Golden State Warriors, I downloaded Steph Curry’s 2014-15 game log from the über-useful site Sports Reference and started dragging and dropping:

You can more or less do the same things with both Tableau and PowerBI.

It’s interesting to note that this year Curry hit precisely the same number of threes at home and on the road although he needed about five percent more field-goal attempts (FGA) when away. Also note that he shattered his record the following year.

It turns out that the two BI/dataviz tools are very comparable.3 Yeah, there are little differences. For the most part, though, it appears that you can more or less do the same things with both applications.

One bone of contention with PowerBI: Microsoft’s offering classified most of the fields in my dataset as text, not integers as they are. To be fair, it’s not hard to change field data types. (See video on the right.) You don’t need to run a Python script. Still, one would think that a pristine dataset of basketball stats with a mere 82 records wouldn’t require much tweaking at all. Maybe Microsoft is fixing that as we speak.

Simon Says The rules of data are remarkably consistent.

I’m sure that new business-intelligence tools will come and go over the next decade. I’d bet that the fundamentals of data, however, remain remarkably constant. GIGO and its ilk aren’t going anywhere.