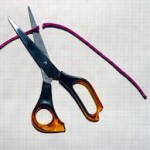 About a month ago, I joined roughly five million Americans and cut the cord. Here are some thoughts on lessons learned so far:

Cutting the cord is empowering.

Let me channel my inner Dee Snyder for a moment. There’s something fundamentally liberating about saying “We’re not gonna take it anymore.” Paying nearly $200 per year to rent a ISP-sanctioned DVR is just plain excessive these days when I can buy one for that amount. Beyond crazy hardware costs, it seemed silly for me to pay for quite a few channels that I would never watch. (Sorry Oprah.) At least when I buy an episode of Mad Men, Louie, or Fargo, it’s because I enjoy watching those shows. Ditto for Page One, a great documentary about the New York Times. Amazon’s purchase e-mails serve as really useful reminders that a new episode is available, something that not every network or channel does.

I like to watch live sports like basketball, golf, football, and tennis. Because of this, I submitted a request to my HOA to install an antenna on my roof. The HOA  promptly–and illegally–denied it. No, I can’t put large pink bunnies on my roof, but US citizens have a legal right consume on-air content. I didn’t call Saul Goodman, but I appealed the decision and pointed out an obscure FCC ruling. In 1996, the FCC affirmed the rights of homeowners to place antennas on property they own or control. I suspect many HOAs will have to revise their policies in the near future.

I still pay Cox for Internet access. There’s just no way around that for now. Because I stream more content than I did before, it should be no surprise that my bandwidth usage rose precipitously. This isn’t unlike using more cellphone minutes after eliminating a landline, something I did late last year. In mid-May, Cox sent me an system-generated e-mail indicating that my upload and download speeds may drop because I’m exceeding my allotment. I didn’t notice any decline, though. As usual, Reed Hastings is right: Net Neutrality is a really big deal.

Want to watch NBA games on TNT? You’ll have to log in with your existing cable credentials. Ditto for HBO, Showtime, ESPN, and other premium networks. I for one think that it will only be a matter of time before these networks offer their content à la carte (read: without an existing cable subscription). I’d wager a great deal of money that many people borrow their friends’ credentials to watch content for which they are not paying.

It was never critical that I watch Charlie Rose or The Colbert Report in real time. The next morning is typically sufficient. Rather than aimlessly jumping around channels, I’m much more disciplined now. I just block time in my schedule to watch a show.

I wish that every network provide a date and description of each of their shows. There’s really no way on some networks/apps to know if you’re watching the most current episode. Sure, on May 29th you can assume that the May 22nd episode of Colbert isn’t current, but what about for shows with like Modern Family?

Bring your smartphone or tablet

Think of these as digital TV Guides. Because of metadata limitations (see above), you typically need to look a few things up. The IMDB app is very helpful in this regard.

All apps are not created equal

TNT’s app doesn’t offer a full-screen stream to AppleTV. Nor does TBS’s. (No shock; they’re owned by the same company.) Hopefully, this gets fixed soon. It seems like a glaring omission.

Get used to ads

Even HuluPlus makes users watch 30-second commercials. With cable TV, I could forward delayed live TV or my DVR to ignore advertisements, but the same isn’t true now.

There’s no one place to go to watch everything, not that there ever was. To this end, CanIStreamIt is remarkably useful. It’s a content aggregator of sorts. Check it out. On a different level, if you want to watch 60 Minutes, then you’ll have to purchase the app for $5. CBS seems particularly reluctant to make its content easily accessible. For instance, new episodes of Big Bang Theory are only available for free about two weeks after it airs. HBO shows like Veep and Silicon Valley, however, hit HBO very quickly.

I have very little doubt that devices Roku, AppleTV, and Chromecast will up their games. Universal search on Roku or AppleTV would be great.

Maybe I’m less likely to discover a great new show because I’m more deliberate in my viewing habits. Still, I don’t waste as much time trying to find a show to justify my monthly cable bill.

Cross-posted on HuffPo. Click here to read it there.