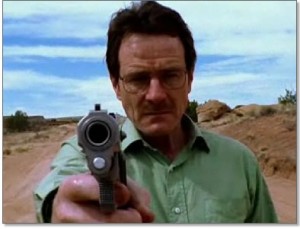 A recent spate of customer-service issues caused me to cut the cord with my cable TV provider. Although I spend my leisure time playing tennis and watching groundbreaking shows (read: Breaking Bad), I was initially a bit concerned about making such a daring move. After all, how I would respond without access to a proper set of channels.

For nearly my whole life, cable TV has been my norm. I’ve dutifully paid for cable for more than two decades. Would it be easy for me to cobble together a bunch of disparate services? Or would I have to eat my words and return to traditional cable television?

It turns out that devices like Roku, the iPad, Apple TV, and others have taken a cue from Netflix. To wit, they allow consumers to easily watch on one device, stop for whatever reason, and continue on another. For instance, thanks to downloadable channels, I can watch Fargo on Amazon Prime Video on my iPad in a hotel room, pause it, and then easily resume the episode on my Roku in my bedroom at home. What’s more, these are all pleasant experiences. I genuinely like the UIs of each device.

Now, don’t get me wrong. Things are far from perfect. Netflix transcends devices but, for whatever reason, some channels don’t. I cannot watch Bloomberg TV on my Roku but I can on AppleTV and my iPad. 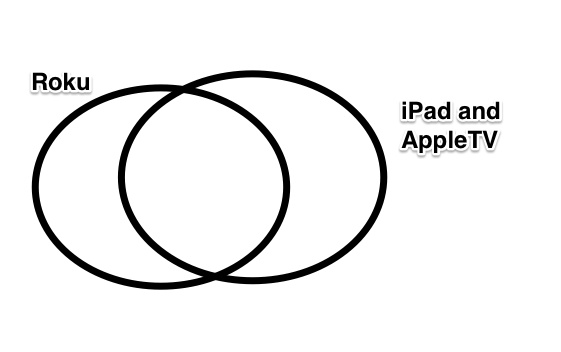 I suspect that the intersection among these two services will only increase in the future. That is, I’ll be able to do what I want when I want on whatever device I want. Call it the Netflix Effect.

I often wonder how many employees can say the same things about their enterprise data. Is the data synchronized? Security restrictions aside, are all users looking at the same information? And, while probably not fun, are the applications at least passable?

Adding a data source ought to be as easy as downloading an app. Period.

Yet I still speak with many professionals (techies and non-techies alike) who still cannot access real-time enterprise data. Far too often, IT still has to release data to the line. The notions of self-service and true data integration are still a ways off. ETL processes run to populate data warehouses in the wee hours of the morning. I for one don’t see that changing anytime this decade.

Am I saying that adding a data source ought to be as easy as downloading an app? Well, depending on the situation, yes. Of course, we shouldn’t ignore SOX, HIPAA, and other regulations–and let’s not forget privacy and security concerns. Still, the way that things are moving with APIs, open standards, and agile development, it’s not exactly hard to envision a future in which adding integrated data sources resembles downloading an app.