Why I’m Switching to Canvas This Summer

It’s not often that professors get to choose which LMS to use during a semester or summer. Sure, we may get to customize how we use our university’s or college’s LMS, but to select which one is rare indeed. In this post, I’ll explain my unique circumstances and why I’m switching to Canvas.

Not too long ago, ASU announced that, after an extensive RFP process, it decided to abandon Blackboard for Canvas. ASU’s internal IT folks will support both LMSs for the time being. We have one hear to wean ourselves from Blackboard and adopt Canvas.

When I saw that e-mail, I had one thought: Where do I sign up?

In no particular order, here’s a list of reasons that I’m all in.

A Desire to Learn a New Learning Management System

From day one, Blackboard hasn’t exactly impressed me—and I’m hardly alone here. Specific points of frustration for me include Blackboard’s:

These are some of the cardinal reasons that I use Slack in the classroom as much as possible. Ideally, though, our LMS would natively accommodate more of my needs and I wouldn’t need or want to use Slack—at least to the extent that I currently do. Still, Blackboard was ASU’s LMS of record for my first two years. I couldn’t very well lease my own. Put differently, I had to dance with the girl that brought me.

As much as I love Slack, it’s not a proper LMS—not that it claims to be. I’m downright curious about what Canvas can do and how it can make my life easier. I already know of a few ways that I Canvas should help me communicate with my students more effectively. For starters, Canvas’ mobile app crushes Blackboard’s.

I’ve always been an early adopter. It’s a big part of my teaching philosophy. Why prolong the inevitable? Or, to paraphrase Seinfeld, why not rip the Band-Aid right off? (It turns out that I’m one of only four professors in the business school making the jump this summer, although more are sure to follow in the fall.)

The Benefits of Small Batches

If I’m going to make mistakes, then why not make them on a pilot group?

As I teach in both of my capstone courses, Agile methods inhere major benefits compared to Waterfall methods. (I make the point many times in Analytics: The Agile Way.) Why not practice what I preach? Why not do things a little at a time as opposed to in one big batch?

My summer courses consist of far fewer students than my semester-long courses. If I’m going to make mistakes (and I surely will), then why not make them on a small pilot group? What’s more, since very few professors are taking the plunge right now, I can count on substantial support from the instructional design folks.

Desire Not to Be Overwhelmed

Next semester, I’ll be teaching some different courses. (More on that in a subsequent post.) Against this backdrop, I’d prefer to scrape my knees on Canvas during the summer.

As I learned two years ago when I started at ASU, learning an new LMS, university policies, and material for three different courses for a first-time professor can be a bit daunting. Learning Canvas now—as opposed to later—lets me manage my inputs and not get overwhelmed. I’ll be in a better place in two months when I’m back at it. 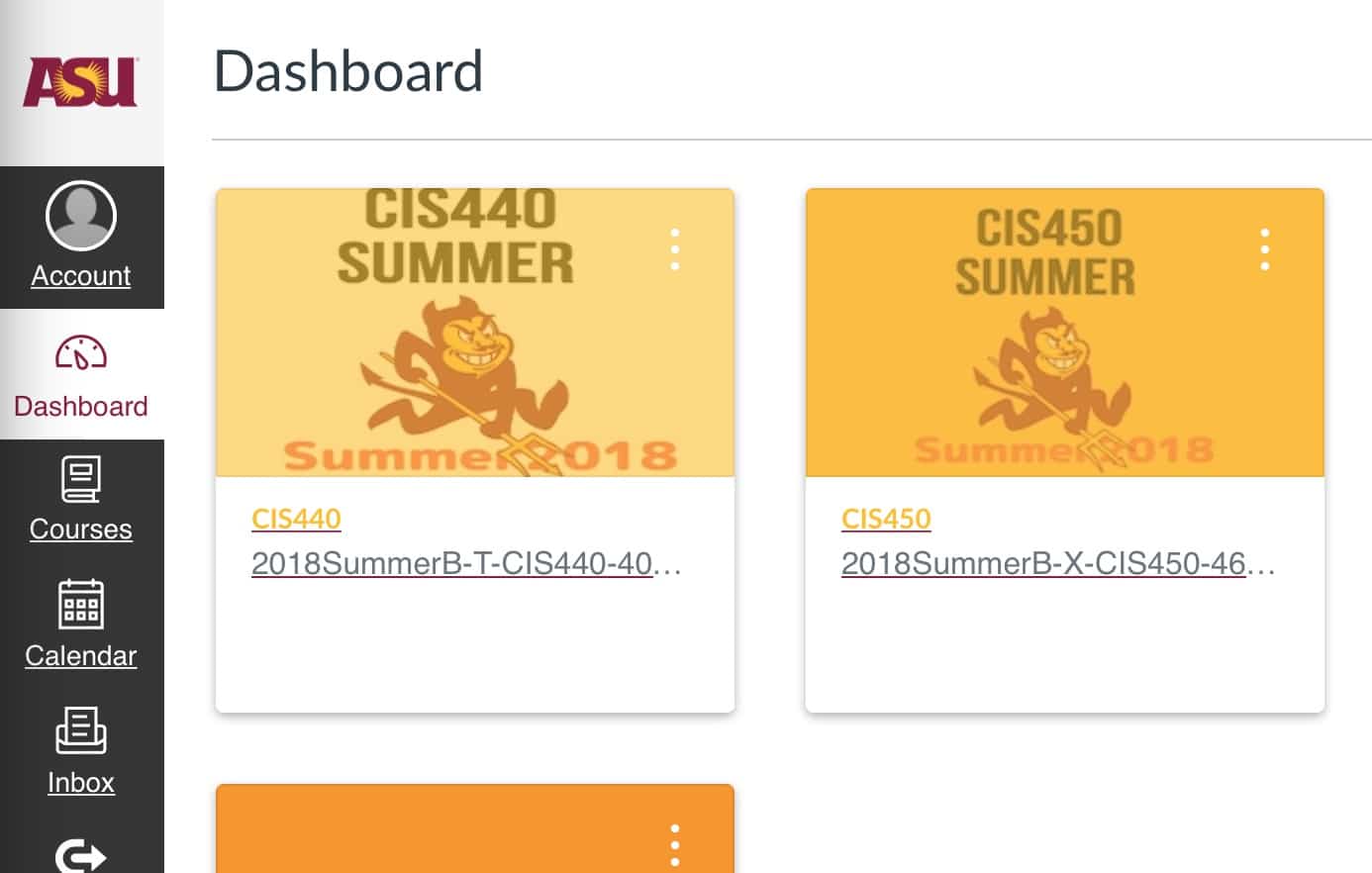 The Ability to Offer Feedback and Improve Canvas

I suspect that at some point the powers that be at ASU will ask for specific recommendations on how to make Canvas better. (I can already think of a few.) As an early adopter, I’ll be theoretically able to influence the direction and product map of the system.

The Ability to Play with New Technologies and Extend Canvas

The opportunity to do more than just manage grades with an LMS really appeals to me. Case in point: Canvas appears to play nice with tools such as h5p.

Students Will Appreciate Switching to Canvas

If teaching nearly 1,000 students at this point has taught me anything, it’s that they’re also not fans of Blackboard. No, I wouldn’t decide to go to Canvas simply to placate them, but switching to Canvas should serve as an ancillary benefit.

After I decade as an enterprise-system consultant, I know full well that the devil you know is better than the devil you don’t. Still, Canvas will happen in a year anyway. Why not embrace it now?