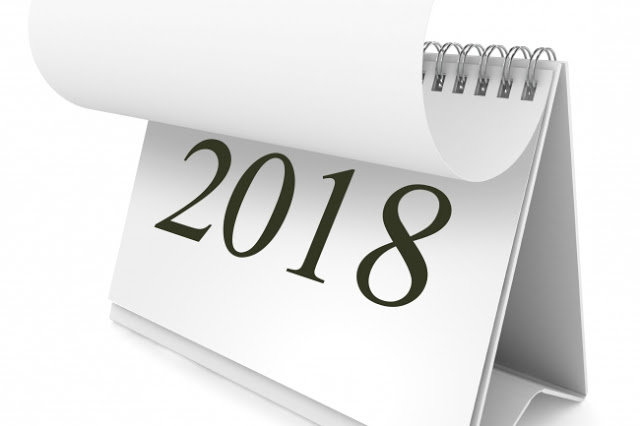 I’ve been in a particularly contemplative mood as of late. Thank the winter break. Over the last few weeks, I’ve thought about what I’ve accomplished so far in my teaching career and what remains. Today, I’ll write about the two biggest highlights of this past year.

In my analytics capstone course, students are seniors and I let them select their own individual research projects. Sure, I approve their topics after they submit five-page proposals early in the semester, but they largely have free rein. (Offering regular feedback in small batches and closing loops are key tenets of Analytics: The Agile Way—the course’s textbook.)

I encourage my students to select topics of great personal and/or professional interest.1 For instance, if they want to analyze healthcare data, I tell them to have at it. If they want to try to unlock the secret of sports gambling or fantasy football, they’re free to do it.

I advise my students that this project represents a unique opportunity: Students who complete substantive projects in a specific field can distinguish themselves from their peers when they search for jobs in that field.2 (For this reason, I accentuate the importance of clear, effective writing. Ditto for data visualizations.)

He visited my office hours last spring and asked for my advice on which road to pursue. I told him that he could choose either. If, however, he wanted to work for a utility in the near future, then Option B offered the highest professional benefit. He stewed on it and ultimately agreed.

After the semester ended, Geno thanked me for nudging him in that direction and shared with me some great news: He had just landed a fulfilling full-time position at SRP—one of the largest utilities in the Phoenix area. A few weeks later, we grabbed a pizza and he delved into more detail on how his project helped set him up for his new gig.

To quote Bill Murray from Groundhog Day, “That was a pretty good day.”

This semester I taught Introduction to Information Systems – Honors for the first time. The survey class moves quickly. Think breadth, not depth. What’s more, my students were freshmen, brand new to the field of information systems. That is, they were all marketing, finance, supply chain, and economics majors.

My hands were largely tied.

Exposing eighteen-year-olds to so much material so fast can be problematic. CIS236 is an in-person class and I could tell from students’ body language that some of them were struggling with the pace of the course—something that a Slack poll confirmed: Making matters more complicated in this case, my department insists upon a heavy degree of standardization with 200-level courses.3 The rationale here is that students should learn the same material irrespective of the course’s specific instructor. In other words, I couldn’t just do whatever I wanted. My hands were largely tied.

I decided to rework the course coordinator’s prepared materials for the fifth lecture. Rather than hit my students with ever more new concepts and risk alienating them, I tied together most of what we have previously learned in the previous four lectures. I did this by covering the material in the context of several companies with which they were already familiar: Amazon and Uber.4

Light bulbs went off. All of a sudden, erstwhile foreign or largely abstract topics such as cloud computing made more sense. How do I know? I asked them via an anonymous Slack poll: 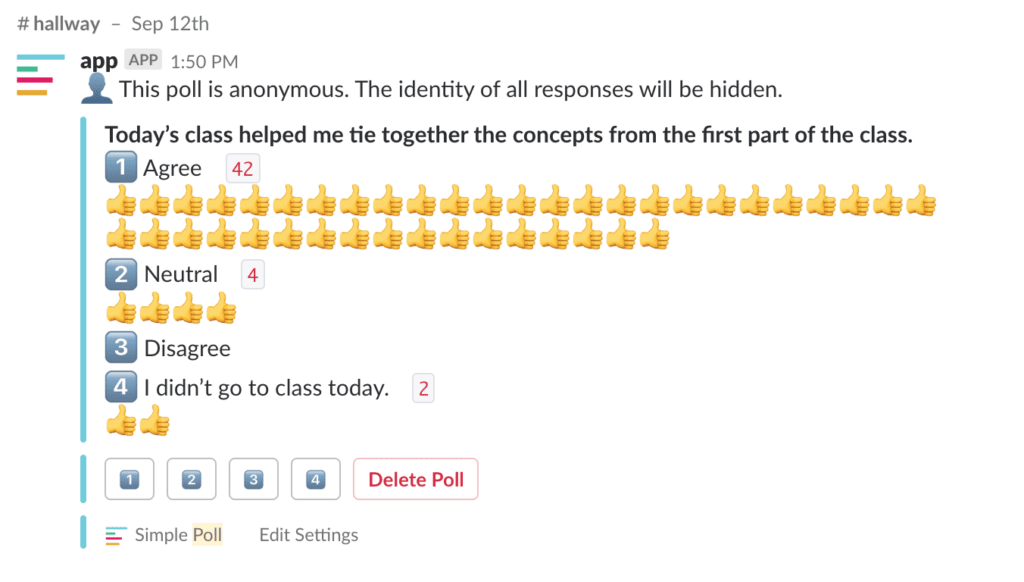 The past year presented the occasional nadir to be sure. Still, moments such as the ones described in this post make those disappointments worth it.