What College Professors Can Learn From Hasan Minhaj’s Patriot Act

His unique approach should make instructors reconsider their methods. 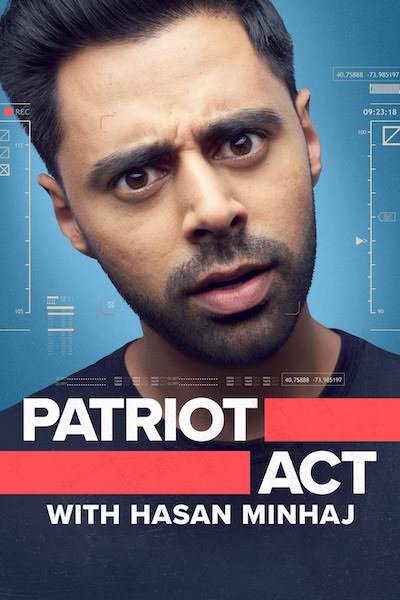 After bingeing the seven-episode series, I started thinking about lessons that he offers to college professors. It turns out that there are quite a few.

Patriot Act doesn’t just rant against a problem or an injustice every episode. The show routinely informs its viewers and, I’d argue, makes us smarter. Case in point: A core tenet of economics is that demand for all but a few products drops as price increases. Not so with Veblen goods. I learned quite a bit while attending Carnegie Mellon but that concept escapes me.

No bother. Minhaj reminded me of that oddity in his show on the iconic streetwear brand Supreme brand. I’d bet that few economics professors would introduce potentially boring subjects such as these in as contemporary or interesting a way.

He Supports His Assertions With Cold, Hard Data and Compelling Data Visualizations

You may not agree with Minhaj’s politics but the way that he builds his case throughout the show is worth exploring. Minhaj buttresses his arguments with plenty of supporting evidence. Sure, he uses anecdotes but doesn’t shy away from data and interactive data visualizations. 1 The one below on an underreported but terrifying oil spill is particularly effective. 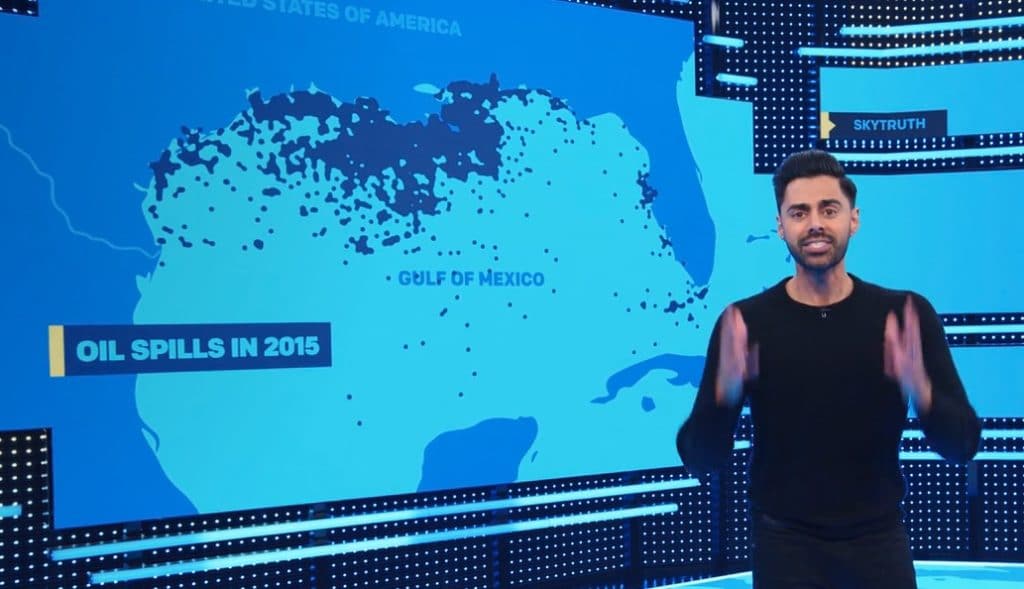 Check out his testimony before Congress on the student-debt crisis.

He Engages His Audience

Watch five minutes of Patriot Act and it’s nearly impossible not to get hooked. Minhaj frequently moves around on the set and his enthusiasm is downright infectious; viewers can’t wait to see where he’s going next. I wonder how many students would say the same about monotone instructors who remain tied to their lecterns reading off of prosaic slides?

He Tells a Story

Over the course of 18 to 25 minutes, Patriot Act takes its viewers on a journey. Most shows consist of a single subject with a carefully constructed arc. In this vein, the show resembles Last Week Tonight.

Professors don’t put on shows per se. We are not entertainers. Still, isn’t a class fundamentally an opportunity to tell a story with a beginning, middle, and end? I’d argue that the answer is yes. We should think about the content that we’re presenting, the order in which we’re presenting it, and the point of each argument, fact, chart, and the like.

Minhaj is a professional comedian, something that few professors can claim. That doesn’t mean, though, that we can’t inject humorous moments into the classroom from time to time.

Self-deprecation can be a good thing.

On a similar level, Minhaj isn’t afraid of taking shots at himself. At one point, he shows a dated, awkward picture of him and his then-girlfriend. That reminded me of a time-machine in-class exercise in which I took students back to 1997. I had them guess the most popular movies and tech companies of the era. I also showed them a picture of yours truly sporting a funky haircut, 90s classes, and a double-breasted suit to boot. The students got a kick out of it.

Brass tacks: Self-deprecation can be a good thing.

Arguably the most important thing that professors need to impart to their students these days is critical thinking. Lazily looking something up on the Internet hardly suffices for knowledge. More than ever, it’s essential to question companies’ claims about their roles in society. I may show future classes the show’s segments on Amazon and Facebook. These companies’ recent actions often belie their claims.

To be fair, Minhaj doubtless sports a team of über-creative folks that make his ideas, jokes, and stories pop. For their part, professors typically have to give 20 to 30 lectures each semester. We simply don’t have the time and, quite frankly, the design chops to dazzle our audiences with slick graphics and interactive data visualizations.

Still, shouldn’t we aspire to be as dynamic and informative as possible? Shouldn’t we ditch or at least minimize boring lectures that often don’t resonate with students anyway? At a bare minimum, shouldn’t we at least spice up our slides to increase student engagement?

Check out the show’s trailer here: