Three of My Favorite In-Class Exercises

A core tenet of my teaching philosophy is active learning.1 I strongly prefer that students understand a key concept on their own—as opposed to my telling it to them. (Cue Benjamin Franklin quote.) In this post, I’m going to explain three of my favorite in-class exercises and why they work.

In-Class Exercise #1: Changing a Startup’s Focus by Responding to Data

In my system-design capstone, we cover The Lean Startup—among other topics. When putting my initial imprint on the course a few years ago, I thought about ways to make the material as interactive as possible. Sure, few of my students would dispute the notion that data is essential for making decisions today. That’s a given. Still, how could I really drive this key point home?

The answer involved starting an online t-shirt business in class. Of course, like all startups, we don’t know many things, including: 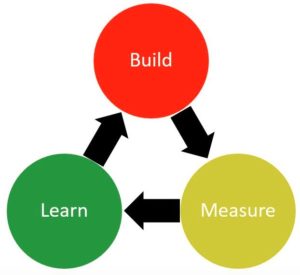 I then created a series of dummy datasets that I give to the students via Slack. (To keep everyone on the same page, I only give them the results of one fictional week at a time.) The datasets include information about users, how long they were on the site, whether they made a purchase, whether they arrived at the site directly or via an ad, and the like.

I ask the students to individually dive into the data. They can use any of the following tools:

I ask them to create visualizations to determine what’s going on—just like they will when they start their jobs in a few months. I ask both general and specific questions. I then have students post screenshots of their findings in the appropriate Slack channel. I encourage students to describe their findings to the class.

Over the course of the four simulate weeks, students see firsthand how design and advertising decisions drive different consumer behaviors. They see which sites are most effective for converting customers. During this exercise, the students then use the data to refine their decisions for the next round—something that the book advocates. Without giving away the ending, the t-shirt business morphs from a generic one to a very specific one.

In my analytics capstone class, I often cite my Mount Rushmore of data-driven companies: Amazon, Facebook, Google, and Netflix. With regard to the former, fake product reviews represent a growing problem. I ask students the ostensibly simple question: What can Amazon do about the issue and what are the limitations of their solutions?

As Amazon has discovered and the students do during this exercise, combatting fake reviews is much easier said than done.

I strongly prefer that students understand a key concept on their own.

I put the students into small groups and anoint a team lead who takes notes on paper or on a Google Doc. I then visit the groups and have them give me their best bad idea. I ask if anyone on the team can find a loophole. If no one can, then I gently point out a few. I then challenge them to find a way to close that loophole.

After cycling through all of the groups, I then ask each group to announce its best idea. This invariably spurs interesting classroom discussion. Over the last two years, I have found that students enjoy this exercise for many reasons—not the least of which is that almost all are Amazon customers.

Perhaps no two words evoke more initial yawns from my analytics students than data governance. It just sounds boring but make no mistake: As I write in Analytics: The Agile Way, it’s an increasingly critical concept today. (Exhibits A and B: GDPR and California’s new data-privacy law.)

For this in-class exercise, I insist that the students shut their laptops and refrain from using any gadgets. (It’s one of the very few times that I make this request during the semester.) I just don’t want students googling the term and parroting ASU’s policy.

I then ask them to formulate ASU’s data-governance policy. I assign the students to small groups and give them an entity: faculty, executives, Arizona citizens, etc. I visit each group and help them think through related issues. Again, after cycling through the small groups, I go to my Jeopardy!-esque slide. I then have the students answer and defend their policy choices in front of the class.

This is easily one of my favorite in-class exercises. One of my students last semester actually called it fun.

If I can make data governance fun and give it some flair, then I’m doing something right.

Of course, it would be disingenuous for me to claim that all exercises have gone well. Especially early in my teaching career, some of my in-class exercises missed their marks.

I can think of one in particular in my first analytics class in the fall of 2016. I had asked the students to find data to approximate Twitter’s potential acquisition price. At the time, those rumors were rampant.

Sure, my intent was benign, but my students struggled to understand what I was after: attempting to value the company based upon number of users, comparable acquisitions such as LinkedIn, Twitter’s industry,2 and the like. My instructions were a little vague and I jettisoned that exercise the next semester. As this post shows, though, most of my other ones worked from the get-go, though.

I’m always thinking of new activities and making tweaks to existing ones. I don’t see that stopping any time soon.

Which exercises have you found most valuable and why?