Like many professors, I teach software and business development methods that Eric Ries espouses in The Lean Startup. His book touches on now-established concepts such as minimum viable products, closed feedback looks, and pivots. Up until very recently, YouTube served as my favorite example of a company changing its strategy and cashing out.

In the podcast below with NPR’s Guy Raz, Slack co-founder and current head honcho Stewart Butterfield explains the company’s beginnings and evolution—among other subjects. Here are some of the conversation’s highlights.

Understanding the Role of Luck

There’s no shortage of bogus founder mythologies today. (Hello Jack Dorsey.) This stems primarily from the fact that people love a good story. (Even when they are outright lies.) Luck is a core tenet of my belief system and something that I routinely stress to my students.

Butterfield reveals the messy details in building his companies. He describes how a bunch of smart cookies spent a great deal of time and money building a product that few people actually wanted to buy. Were it not for good fortune, we wouldn’t be talking about him and his company.

Butterfield isn’t shy about the difficulty he faced abandoning Glitch, Slack’s predecessor. I found his discussion of its leaky bucket particularly interesting.

Not that long ago, slack.com primarily hosted cat photos.

Founders of many über-successful companies these days are notoriously arrogant. (Hello Elon Musk.) Of course, exceptions abound. Netflix won’t hire brilliant jerks. Still, far too many have taken a page from the Steve Jobs’ playbook.

Throughout the conversation, Butterfield comes across as a genuinely humble guy. His refreshing thoughts on wealth and happiness coalesce with my own and give me hope about leadership. There’s a point at which he spoke about having to lay off a newly hired engineer with a three-month-old. The lesson here is successful leaders don’t need to act like narcissists and psychopaths. (Hello Elizabeth Holmes.)

Those who think that success stems exclusively from hard work are deluding themselves. As always, luck plays a critical role.

Imagine if Slack had followed a Waterfall approach to software development. The company could have spent years and all of its investors’ funds on a fundamentally bad idea. Instead. Slack launched with minimal features and added more over time—something that it continues to do today. 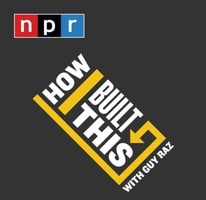 Simon Says: The lessons from Slack’s origins are profound.

There’s so much to unpack in the Slack story on so many levels. I can’t wait to integrate this into my classes next semester and beyond.