What Should I Ask Neil Peart? 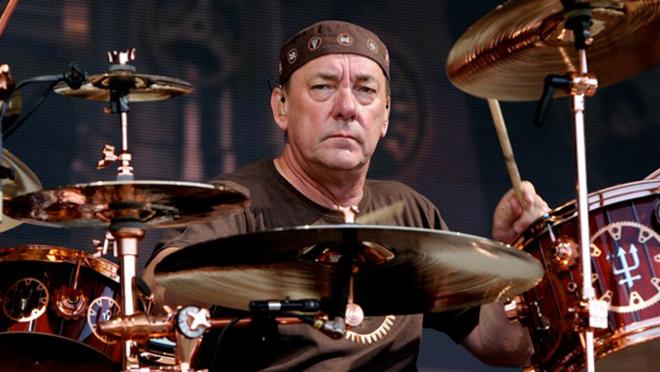 On Wednesday, I’ll be interviewing Neil Peart of Rush, my favorite band.*

I never thought that I would write those words!

Our interview will run The Huffington Post next Wednesday. I’ve drawn up some questions. I would like to ask him The Pivot Questionnaire. Still, I would love to hear your suggestions. Just put them in the comments. (I solicited fan input in a similar way when I first interviewed Steve Hogarth.)

I’ll put the top six or seven up for a  survey and then create a poll. I’ll ask him the two questions with the most votes, time permitting.

Great response so far. I’ll approve the comments throughout the day. Don’t worry if you don’t see your comment/question up immediately. I promise that they’ll all show up.

I am closing the comments now. I have more than 40 questions. Please vote below. I’ll see if he’ll go for the top two. Thanks everyone for the input. There are some great ones here.

These two have won:

Thank you all for voting. Stay tuned.

Brought to you by the letter P. 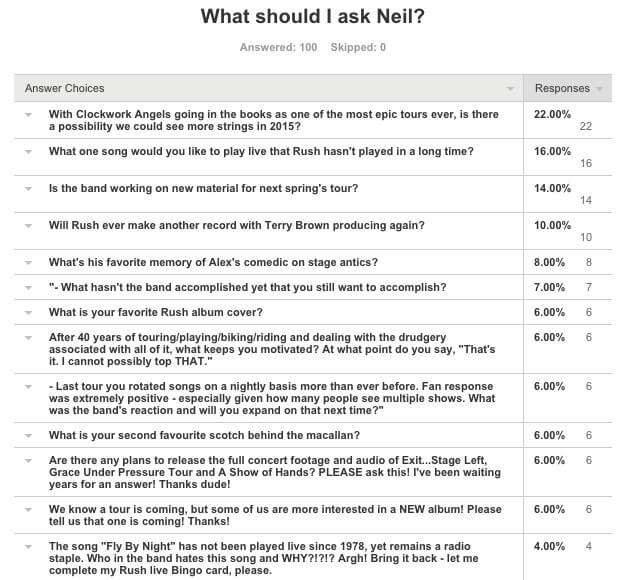 * To be fair, Marillion is a very, very close second.

The interview went very well. I will post it online as part of a larger story for The Huffington Post on Neil’s new book in a few weeks. Thank you all for your patience.