Why You Shouldn’t Care About Negative Reviews 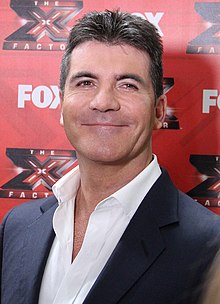 I talk to many people about writing books. Often I’m at a mixer when I strike up a conversation with someone. These days, I answer the “What do you do?” question with one word and two syllables: writer.

First-time or prospective authors often have many misconceptions about the publishing world. I certainly did four years ago. It’s not uncommon for authors to be outraged when someone takes to slamming them online, whether it’s on social media, Amazon, GoodReads, or any number of different sites.

As my fifth book nears release, I am certain of very few things–one of which is that someone will hate it and give me the dreaded one-star review. While I’m proud of Too Big to Ignore, I sincerely doubt that it will meet with universal acclaim.

Ultimately, any given review doesn’t matter–and that includes my own opinions. Who cares if I think that Girls is terrible and that Homeland is wildly overrated? Clearly not the show’s fans, actors, writers, directors, and for that matter the public at large.

Critics have excoriated Rush, Marillion, Dream Theater, and many of my favorite bands over the years. That hasn’t stopped each group from persevering for decades (and nearly four in the case of Rush). One reviewer famously wrote that Rush lead singer Geddy Lee had a “high-pitched voice like a a hamster on helium.”

Don’t welcome negative reviews, but don’t fear them either. The fleas come with the dog.