Data-Based Design: Ignore at Your Own Peril 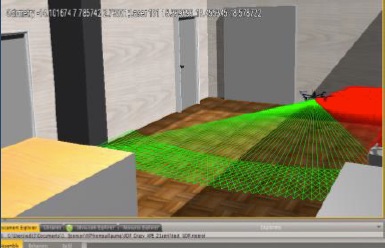 There’s always been tension between data folks and their design brethren. Perhaps the most famous example in recent memory took place at Google in 2009. Designer Douglas Bowman resigned his position at the company over its over-reliance on data. In his words:

Yes, it’s true that a team at Google couldn’t decide between two blues, so they’re testing 41 shades between each blue to see which one performs better. I had a recent debate over whether a border should be 3, 4 or 5 pixels wide, and was asked to prove my case. I can’t operate in an environment like that. I’ve grown tired of debating such minuscule design decisions. There are more exciting design problems in this world to tackle.

Since its inception, Google hasn’t been the ideal place for design purists. After all, the company has always been all about data. Up until recently, it did not sell any tangible products. Without perhaps the world’s largest trove of information, Google’s might not even exist. One can make the same claim about Facebook. These companies live and die by their data.

That’s one way to run a business—and today it’s hard to argue with a data-oriented approach. Both Google and Facebook have been extremely successful. A “data-first” approach just makes sense for each company.

Of course, not every company works this way. Exhibit A: Apple is decidedly anti-data. Steve Jobs believed that it was “really hard to design products by focus groups. A lot of times, people don’t know what they want until you show it to them.” Tim Cook has continued his iconic predecessor’s design-centric vision.

All Design Is Not Created Equal

It’s disingenuous to frame the contemporary argument over design as either pro- or anti-data because all design is not created equal. Netflix uses data to inform its marketing, but “data” doesn’t drive character development in its original shows. A painting or a book of fiction is hardly the same as an airline engine.

“It’s hard to argue with physics,” Simon Briceno, Ph.D. tells me. Briceno works at the Georgia Institute of Technology’s Aerospace Systems Design Laboratory. Founded in 1992, ASDL was created to bridge the gap between academia and industry’s research perspectives. Briceno continues: “Our research goal is to enable the design of next-generation systems that offer new capabilities while being more robust, efficient, affordable, and intelligent than ever before.”

It’s hard to argue with physics.

Thanks to advancements in computational fluid dynamics, finite element analysis, and other computational methods, engineers are leaving less and less to chance. They can more accurately quantify risk. They are identifying structural problems far earlier than in previous years. They are able to translate requirements into computer-generated product models. Innovations such as these are allowing Boeing and Airbus to create more fuel-efficient engines.

Jobs wasn’t alone in his unwavering belief in the importance of good design, data be damned. To be sure, relying too heavily on data minimizes—if not eliminates—human creativity. As Nick Carr manifests in his new book The Glass Cage, automation is encroaching on more and more aspects of our lives, a trend that shows no signs of abating. More automation isn’t necessarily a good thing.

Objections like these notwithstanding, we’re seeing the next wave of computer-aided design (CAD) unfold before our very eyes. Some of these new technologies are downright fascinating. (Beyond airplane engines, computer modeling may change heart surgery as we know it.)

Brass tacks: More than ever, data and technology will continue to drive innovation and design improvements. Data may not play a prominent role in your company’s next product, but those who ignore these advancements do so at their own peril.